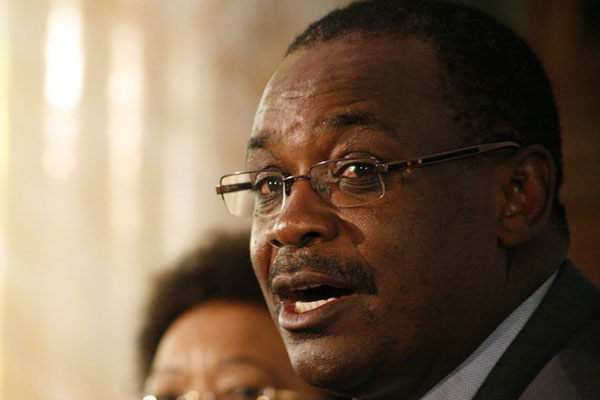 By Phil Wesonga
Following the aborted visit by President Uhuru to Kibra and the low key sneaky visit by Cabinet Secretary Anne Waiguru to Kibra yesterday, Nairobi Governor Evans Kidero has now entered the fray,all pointing to a concerted effort by the Jubilee Government to destabilize the political calm and undermine Raila Odinga at his own backyard.

On Wednesday morning at 11 am, Kidero summoned all MCAs from Kibra to a meeting in his office and demanded to know why Kibra residents are hostile to Uhuru’s visit. Kidero, who is known to heavily finance the MCAs thus keeping an impeachment motion at bay, read the MCAs the riot act telling them that Kibra residents cannot live in poverty for ever by supporting Raila’s brand of confrontational politics,and should now embrace President Uhuru Kenyatta,now and in the future,both politically and economically.

The MCAs would hear none of it however telling Kidero to his face that the ground is not ready for an Uhuru visit.They stated that Kibra residents are suspicious that Uhuru wants to use the visit to issue title deeds to Nubians, thereby rendering Raila’s supporters in Kibra homeless.

MCAs also questioned the rationale behind presidential interest to Kibra given NYS is national, and youth joblessness transcend the entire republic. They also told Kidero that Kibra residents have rejected Uhuru’s so called NYS training Programme which was unveiled in the constituency yesterday,claiming Uhuru is determined to establish and hope rationalize a suspected private army structure in all Raila’s strongholds,starting with Kibra.

Kidero however insisted that Uhuru must visit Kibra at all costs, reaffirming that he has now taken over leadership in planning and mobilization for the visit. The governor said he has had extensive consultations with Kibra MP Ken Okoth, Devolution Cabinet Secretary Anne Waiguru and her PS Eng. Peter Mangiti,and agreed to work together to ensure the presidential visit is politically and economically successful. In furtherance of the same, the Nairobi Governor has now summoned all ODM Party Leaders from Kibra for a meeting in his office today/Thursday morning.