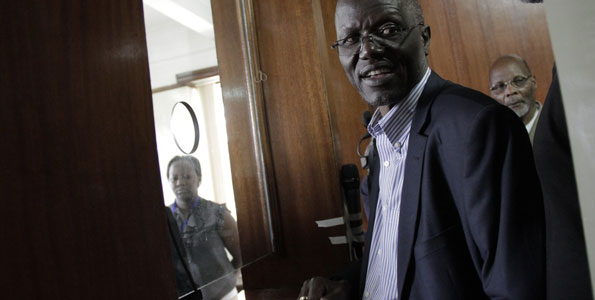 Oraro confirmed that Coalition for Reforms and Democracy (Cord) has enough evidence to prove its case at the highest Court in the land.

“We (Cord) have a strong case and are sure we are going to overturn IEBC (Independent Electoral and Boundaries Commission) move to declare Uhuru Kenyatta as President-elect,” Mr Oraro said Saturday.

Oraro said IEBC had not provided all the information Cord needed but it had “sufficient evidence” to mount a strong case.

H said Cord was dissatisfied with the way vote counting was done and that party agents did not sign Form 36.

Raila accuses IEBC of negligence and failure to conduct free and fair elections in the March 4 elections.

â€œI am not challenging the outcome of the IEBC results because I want to be declared President but rather let the will of the people prevail. We are going to court today. We have enough evidenceâ€, Raila said.

The petition reads in part:

IN THE SUPREME COURT OF KENYA AT NAIROBI

PRESIDENTIAL ELECTION PETITION NO.2 OF 2013