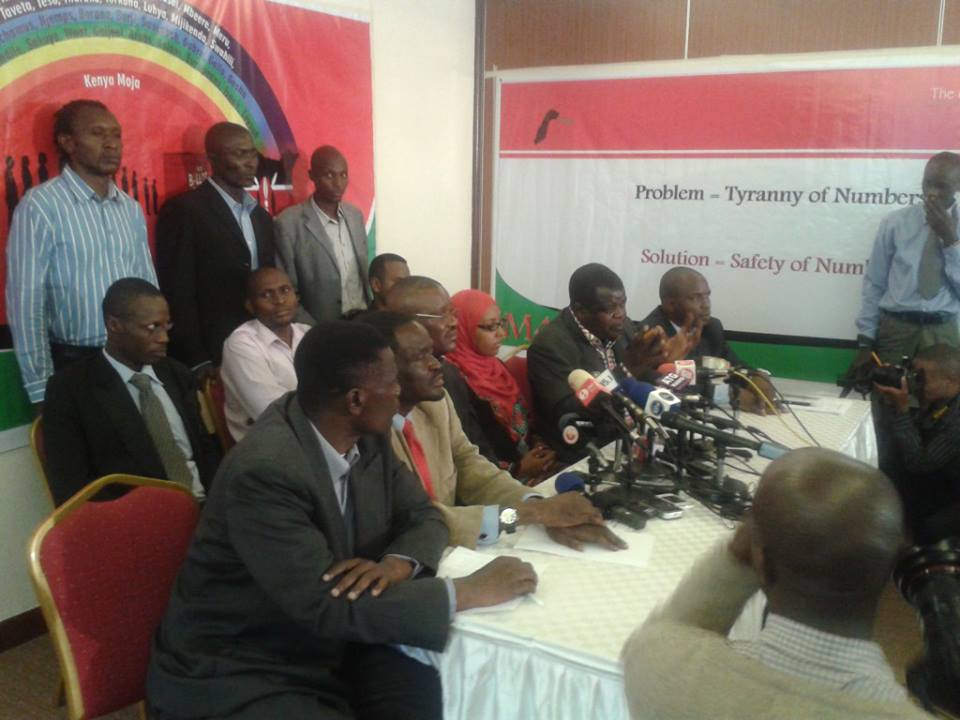 The clandestine organization had initially drawn the ire of the police who recently claimed sensationally that it was planning to destabilize the government of President Uhuru Kenyatta.

Speaking after joining the group, Owalo said their aim is to push for a referundum to ammend the constitution and introduce a parliamentary system of governance in Kenya. So far, the group claims it has collected over 300,000 signatures intend to collect the million signatures from Kenyans they purport to support their initiative.

During incessant grilling last month, Owalo denied any association with the group and even accused the police of malicious witch-hunt in what later became a hot social media issue with Uhuru Kenyatta government being accused of ethnic profiling.

According to the police, the organization was recruiting members to cause lawlessness and overturn a duly elected government of President Kenyatta in an Arab Spring kung fu style.