In a letter dated September 4, 2020, Mueke also resigned from the party’s National Executive Council, and as an ordinary party member.

Mueke thanked the Wiper Movement for granting him a chance to run as the party’s flag bearer as he ran for Westlands parliamentary seat in 2007 and as former governor Evans Kidero’s deputy in 2013 and 2017 general elections.

In his resignation letter, Mueke cited that Kenya’s evolving political landscape, coupled with the kind of change required to bring the promise of a better tomorrow for Kenya’s youthful population has forced him to pursue a different political path than what Wiper currently represents. 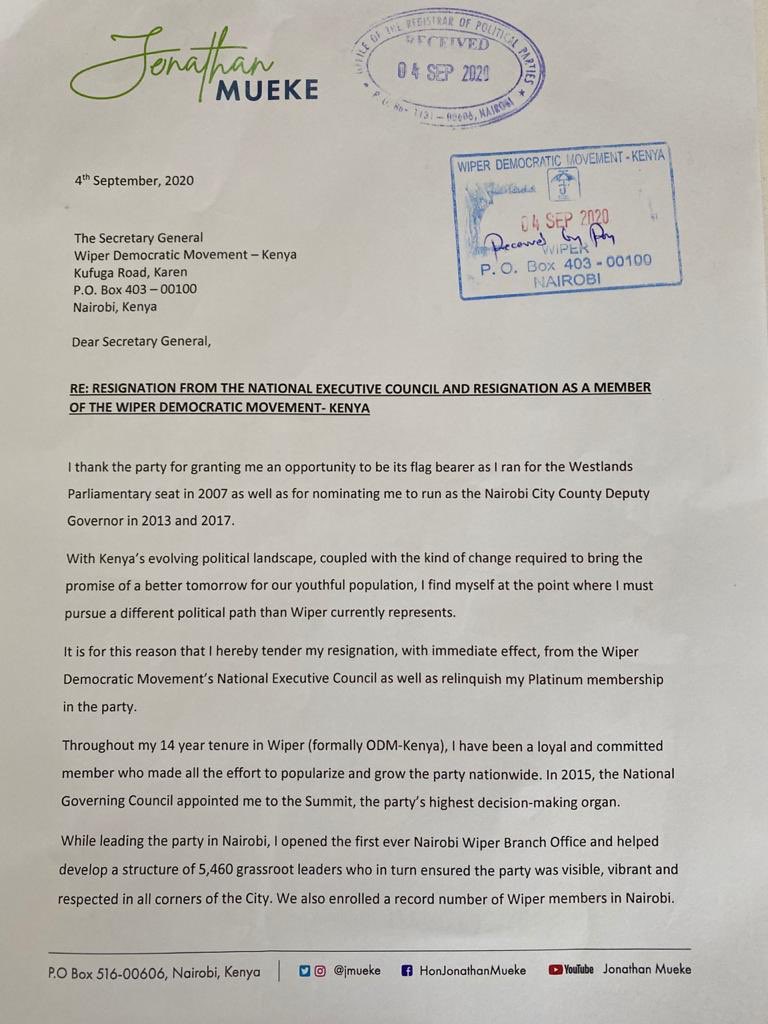 Over the recent past, several politicians have been seen ditch their political parties, with them failing to publicly declare their next political destination.

Ditching political parties is however, expected to be witnessed more as politicians continue to realign themselves ahead of 2022 general election.