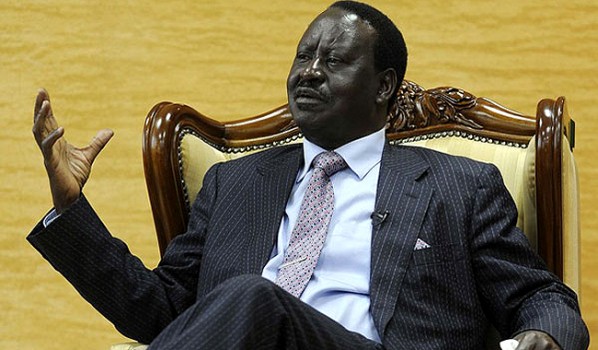 Former Prime Minister Raila Odinga has declared he will contest the presidency in the 2017 General Election. He said retiring from politics should be the peopleâ€™s choice, and not the Jubilee coalition leadersâ€™ wishes.

He asked the people if he should still continue with his quest for the presidency, and there was an overwhelming acclamation from the mourners, who told him to go on. â€œWanasema ati niwache, niendelee ama nisiendelee (They say I should leave, should I continue or not?),â€ posed Raila as the gathering urged him on.

The father of morden democracy in Kenya said his candidature for presidency was due to public demand and not his own volition, urging the residents to look beyond the referendum.

Of critical importance for Raila is registration of voters, some parts of stronghold in Nyanza are said to have not registered as voters especially the youth, this is something he should look out for in the upcoming referendum and as we approach 2017.

The referendum provides CORD a warm up exercise in readiness for the real deal in 2017.