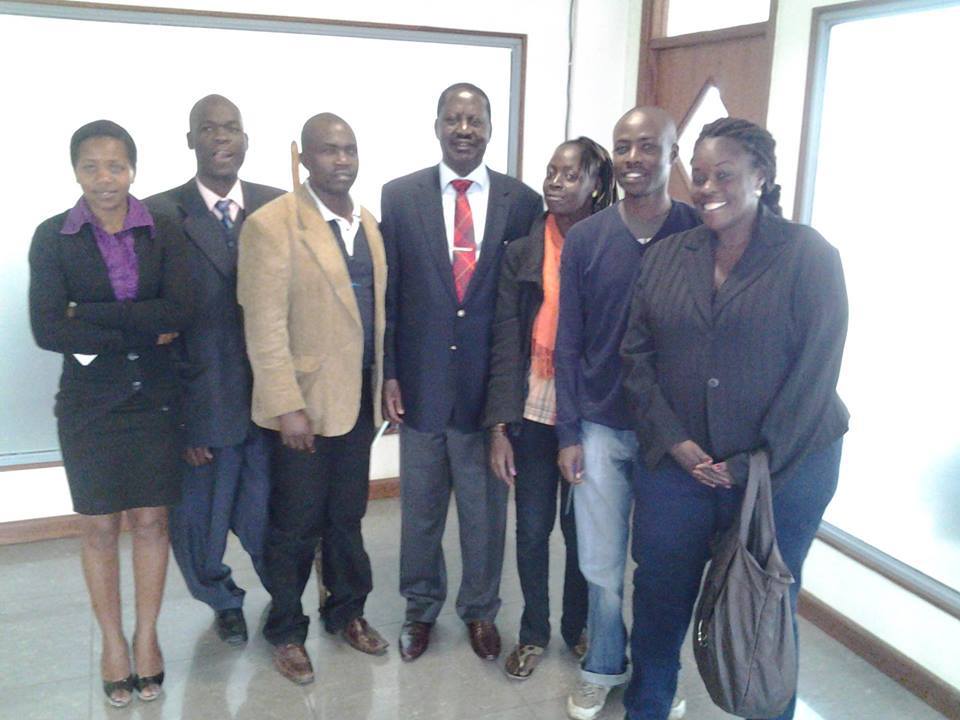 It was fulfilling to see images, posted on social media, of the meeting between the lobby group ODM Youth 2012 and Prime Minister Raila Amolo Odinga. This meeting, like many other with ordinary folks, has been long overdue. Because it happened, let’s see its importance.

Before big money attracted big names to Odinga campaign, there were common youths countrywide who went out of their way to market Jakom.Â They believed in Odinga; they wanted to see him get into the presidency and serve our country. They were here at home and others were abroad, in the diaspora.

After big names began making headlines around Odinga; these common youths who all along had seen an Odinga presidency as their best bet were pushed into the fringes. Some were ejected out totally. The new group which surrounded Odinga, and, which many in the old group believe messed up his election, did not share in the common aspiration of the old youths whom Odinga had represented in Parliament all his life. They were ‘new’ in deed.

I can go on telling you a million differences between the two groups. For instance, the new group organized an ‘orange dinner’ where they put entry charges at Ksh 6000; the old group; many of them, had not made such a ‘huge’ amount in a very long time. They supported Raila Odinga to be able to make that money. They were poor because of a decade of the rich. Â A decade of Mwai Kibaki’s elitism.

Each day, we who belonged to the old group saw the new group squander Odinga’s chances on an array of things. They exposed him; They distracted him; they burdened him. But they were smart too. They never let the old group get closer to Odinga!

But now things are changing. The meeting between ‘akina’ Lee Makwiny and others and Odinga was a strong message to the grassroots. Odinga is once again AVAILABLE! We in the old group only have one regret: Jakom is not the president. We in the old group only take responsibility of one other thing: we failed to stand up to the new group. We failed BABA.

To date; it is the old group which has not moved on. It is them who know what the 100 days of the Jubilee government has been like. You see, the new group had nothing to lose. They had everything to gain. Even as they were pretending to be involved in the Odinga campaign, some were clearly on the other side; people like Ngunjiri Wambugu. That’s why it took them mini-seconds to ‘accept and move on’.

But to the old group? The loss was shattering! It was devastating. I know of them who still sheds tears to date. I have had to comfort them who cried openly. Many a times, they meet to relive it again. Some, like Onyii, brought in the ‘makachieth’ angle.

It is this group whose representatives Odinga met yesterday. I just want to hope Makwiny, Werah and others told Jakom that the ground is still mourning; that moving has not been easy. I know, also, that Jakom understands what his true supporters are feeling; not the rent-seekers; not the ‘Karen-Runda democrats’ which took over and shoved his true people aside.

As Odinga begins to rebuild and strengthen these old alliances; something will happen. On the battlefield of ideas Jakom has the numbers. As the 1st century Rabbi Hillel once put it “if not us, then who? if not not now, then where?”

Dikembe Disembe is a socio-political commentator and currently on an exchange programme at Miami University, USA.