It all started as a rumour on Facebook that there were a group of people holed up in a room at Kenyatta Universistyâ€™s Business Centre doctoring election materials with the aim of concealing discrepancies in the just concluded general election, it spread quickly and exactly an hour later the room had been raided and electoral materials recovered.https://www.kenya-today.com/wp-admin/post.php?post=20735&action=edit

There were no IEBC or University staff to explain to the angry students what business those inside the room were doing past normal working (5:30pm), riots immediately erupted. The students burnt a car whose owner could not be identifed and later barricaded the Thika Superhighway causing massive traffic snarl up.

According to students, the room had been marked Out Of Bounds, this got them suspicious, and after further inquiry they found out that people inside were carrying out activities associated with the just concluded disputed elections.

The materials recovered includedÂ  unmarked ballot papers for the presidential race, unused ballot boxes, rubber stamps and marker pens that look like the official Independent Elecetoral and Boundaries Commission (IEBC) materials were found at the .

MPs Ababu Namwamba, Millie Odhiambo MabonaÂ  and Simba Arati arrived at the scene and asked for investigations to be carried out speedily so that it can be established what ballot materials were doing at the university yet all the materials were supposed to be at the National Tallying Centre at Bomas of Kenya.

â€œThis is democracy on trial,â€ said Namwamba adding that it is very unusual that some of the ballot materials have been used while others have not been touched which raises serious questions on the credibility of the just concluded election.â€

Namwamba further wondered why materials would be locked and barricaded inside a room with a group of people yet there was still a dispute.

â€œWhy, the secrecy?â€ wondered the legislator, â€œI smell a big fat rat here because if IEBC received all the return forms, then what are these doing here?â€

“I believe the mock election papers didn’t have the real Presidential candidates. Let nobody cheat you. Those papers in KU are real” Tim Njiru noted in a tweet. 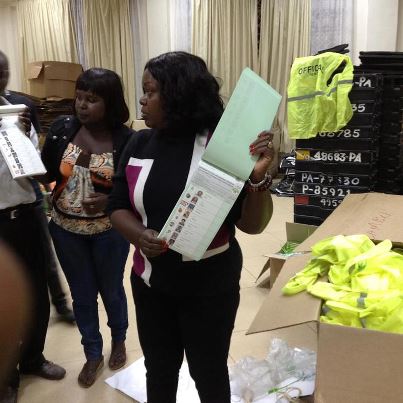 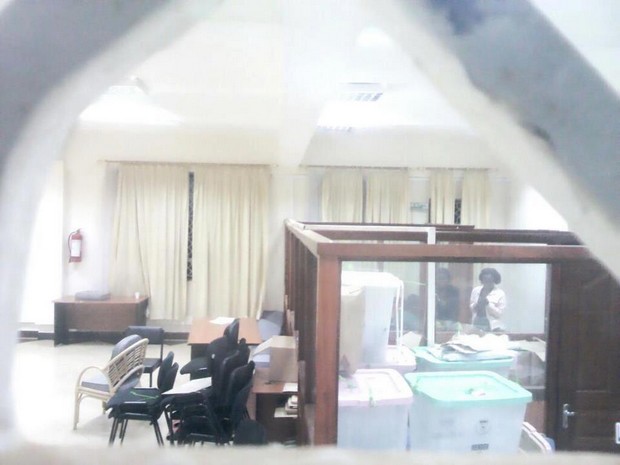