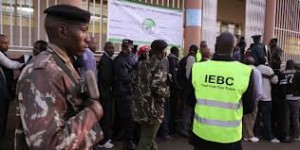 In what could be a surprise to many Kenyans, disgruntled aspirants in the just concluded general election from Tharaka Nithi County have gone public on the events that transpired on 4th March. Speaking to local media, the aspirants gave an eye witness account of voter rigging and other electoral malpractice like abduction, beating and intimidating of CORD agents at polling stations among other irregularities.

It is not clear if the aspirants will be willing to testify if called upon, but the visibly agitated aspirants led by former assistant minister Petkey Miriti seemed more than willing to offer information to unravel the massive rigging allegations by CORD team. Here below is part of the interview-video as captured by NTV.