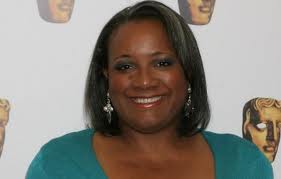 This article titled “Diane Abbott: ‘You can’t let racism hold you back'” was written by Interview by Huma Qureshi, for guardian.co.uk on Thursday 20th September 2012 10.40 UTC

In 1987, Diane Abbott became the first black woman ever elected to the House of Commons. She is currently the MP for Hackney North and Stoke Newington and shadow minister for public health.

When I was elected, 25 years ago, there were only 41 female MPs. Now there are over 100, and there are more women from ethnic minorities too.

Certainly there’s been progress, but in my opinion it’s not enough. I’d love to see more women in parliament. At the time that I was elected, I didn’t have this sense of making history as a black woman. Obviously it was an extraordinary moment for me personally, but it’s only now that I recognise how important it was.

The biggest challenge I faced was racism. People simply didn’t think I could do it â€“ that I could be elected as a black woman. But I learned a long time ago that you just have to get on with it; you can’t let racism hold you back from what you want to achieve.

Today it is still quite challenging to be a woman in politics. There’s still a sense that women have to prove themselves. As a politician in the public eye, life is very difficult and stressful, and your mistakes are far more public. That’s something you have to deal with.

It’s extremely difficult balancing a demanding job and being a parent â€“ there are a lot of antisocial hours. My son is at university now, but I always used to take him to school in the morning, and would try to pick him up in the afternoon, though I did often rely on friends, family and babysitters. He went to Ghana, where his father lives, for sixth form, so when he left I went through empty-nest syndrome. As a single mother, you become particularly close. He’s at Cambridge now, and I’m proud of him.

My Jamaican heritage is something I’m also very proud of. I love Jamaican culture. Culture is in everything â€“ food, music, literature. I believe if you don’t know where you come from then you don’t know where you’re going to, so it’s been important for me to show my son his roots, both his Jamaican and Ghanaian heritage. I still have lots of family in Jamaica, and visit regularly â€“ I was there this summer. It’s good to get away.

In the Olympics, I supported the Jamaicans as well as Team GB. I loved the Games. I was sceptical about the Olympics, because I was worried there would not be enough jobs for local people, but I just loved Danny Boyle’s opening ceremony and it made me feel much more positive about it. I loved that it put Britain’s multicultural heritage at the centre. I got to see the swimming, athletics and hockey. Like most people, I think I should be more active, but I just haven’t got time.

On Monday and Tuesday nights we finish at 10pm in the House, and on Wednesdays and Thursdays at 7pm. I don’t get much time to relax â€“ I don’t tend to switch off in the evenings, because there are always emails and Twitter. I don’t enjoy social media, but as a politician it’s all about communication. Most weekends I’m doing something work related, but when I do get time I love watching Gardener’s World, and I’m a fan of Come Dine with Me.

This year’s been a fantastic year with the Olympics and Paralympics; next year I’d love to see the coalition government collapse and Labour win in a general election.