Buzeki who was in the company of Cherengany MP Joshua Kutuny held a meeting with Raila, whose details have remained scanty.

The former prime minister took to his official social media accounts to say that he had held the meeting with the duo, but did not reveal the details of their meeting. 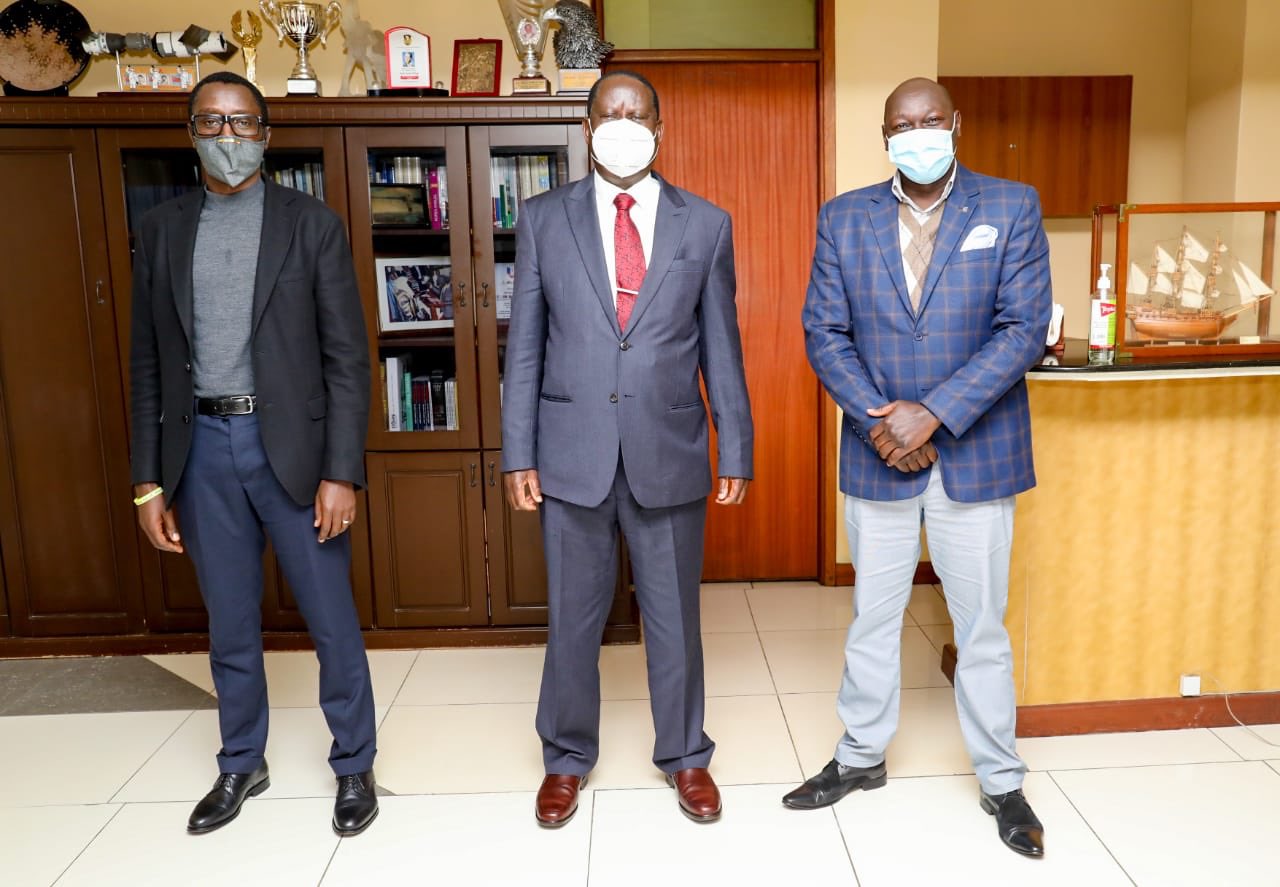 Buzeki on Saturday engaged in a public spat with MP Oscar Sudi and governor Mandago over 2022 succession politics.

The three met during a fundraiser in Kapseret constituency, Eldoret, where Buzeki insisted he would vie again for the governor’s seat in 2022 and do a better job in ensuring Uasin Gishu becomes a model county. Buzeki lost to Mandago in 2017.

“Mandago, you have done your part and when I take over I will host a grand send-off party for you as you retire. I will then deliver on ensuring unity in Uasin Gishu,” the businessman said.

Buzeki, who was cheered by residents, also criticised some local politicians for repeatedly using DP William Ruto’s name instead of outlining their own performance record.

“Some of you keep on telling us about Ruto everywhere as if people don’t know him. Tell us about your own agenda because everyone here knows Ruto and supports him,” he said.

When MP Sudi rose to speak he told off Buzeki, accusing him of engaging in divisive politics in Uasin Gishu.

“You should seek support without causing divisions among residents of Uasin Gishu,” Sudi said.

He told Buzeki that residents would not vote for him to succeed Mandago in 2022.

Sudi claimed that Buzeki had sold his dairy company and was not the right person to talk about improving the economy of the region.

“These people are not telling you the truth because they will not vote for you come 2022,” Sudi told Buzeki.

Mandago, who spoke last, asked Buzeki to go slow on his political ambitions. The governor said politics would keep on changing, especially if the BBI leads to constitutional changes.

“If BBI will go through, then we will likely have a new Constitution and I will be back seeking to be elected again. I will be back for another fresh term, and I am sure I will win. Buzeki, please go slow because I am not going anywhere,” Mandago said.

He told Buzeki to stop relying on brokers believing they would help him win the governor’s seat.

“Those brokers you go round with are just interested in your money and will not help you with anything. Deal with residents of this region and go slow,” Mandago said.