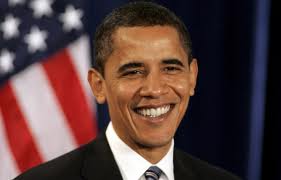 This article titled “Barack and Mitt finally feel brotherly love â€¦ thanks to their Kenyan mother” was written by David Smith, Africa correspondent, for The Guardian on Thursday 8th November 2012 13.56 UTC

Kenyan mother Millicent Owuor might have some explaining to do when her second son grows up and reads international political history.

Why, he may ask, did she name his twin brother "Barack" while sentencing him to a lifetime under the less auspicious "Mitt"?

Owuor, 20, gave birth to the boys on the day that president Barack Obama defeated Republican challenger Mitt Romney in the US election.

The twins were delivered at Siaya district hospital in south-west Kenya, not far from Obama’s ancestral home village of Kogelo, where people were celebrating the result.

Owuor said she named her twins after the winning and losing US presidential candidates in order to remember the day of the vote. "I named the first twin Barack and the second one Mitt," Owuor, who posed for photographers, told Reuters.

Several other newborn babies near Kogelo were named after Obama. Residents of the village, where Obama’s father was born and herded goats, sang and danced after he was declared the winner.

The president’s step-grandmother Sarah, who turns 90 this year and still lives in Kogelo, said: "The reason why he has won is because God has given it to him. Secondly, he has got the knowledge to love all people, he doesn’t have the knowledge of division. That is why he has won."

Obama’s first election win in 2008 inspired a rush to name newborns after him. The example is not unique. Nelson Mandela’s heroic struggle against racial apartheid in South Africa has spawned numerous Nelsons including Celine Dion’s son. Mandela himself was given the name by a primary school teacher, possibly after Britain’s Lord Nelson.

Time will tell if Barack Owuor grows up to achieve greatness. But if Mitt Owuor is destined to political obscurity, he may at least be rich.