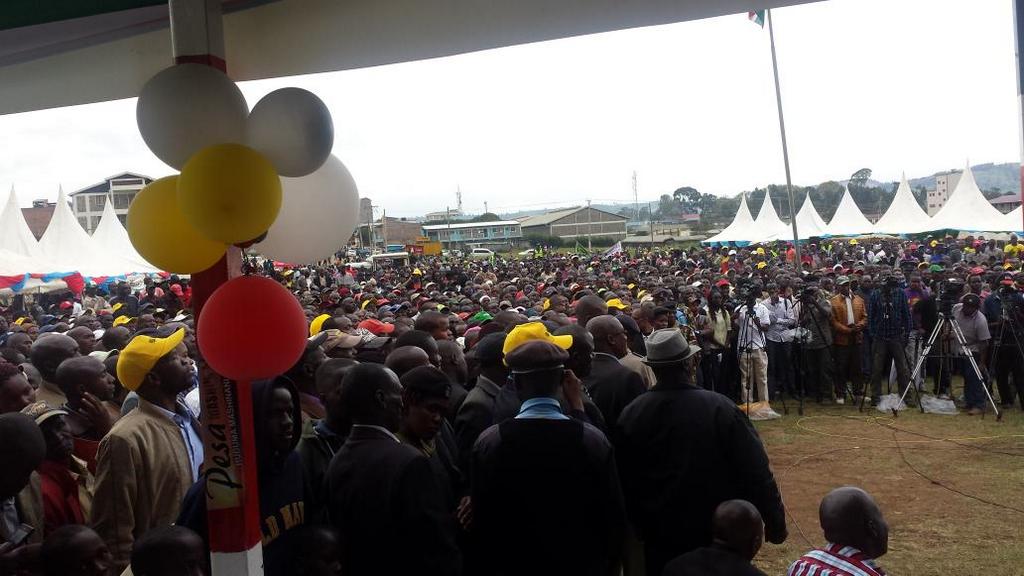 Isaack Ruto successfully led other governors at the launch of pesa mashinani referendum signature collection in Bomet. Thousands turn up and confirmed Uhuru and Ruto are wrong in opposing devolution of more funds to the counties.

The governors vowed they will not be intimidated to drop the initiative.

The exercise was launched in Bomet County, the home turf of the area Governor Isaac Ruto before extending to other counties across the country.

â€œWe want to collect as many signatures as possible to prove the support we have from Kenyans,â€ Ruto who chairs the Council of Governors said of the initiative strongly opposed by President Uhuru Kenyatta and his Deputy William Ruto. The two have termed the exercise a â€œwaste of time.â€

â€œWe have launched this initiative of collecting the signatures, there is nothing to stop us now because the train has left the station,â€ Ruto said.

Kakamega Governor Wycliffe Oparanya who also attended the signature collection launch warned leaders against politicising the issue, saying it is for the benefit of Kenyans.