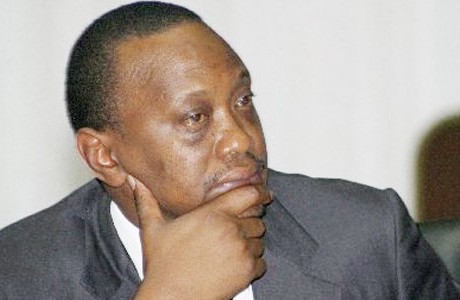 The news of Zimbabwe being broke than most Kenyan slum dwellers came at the wrong time for Jubilee duo keen of ascending into the presidency with the risk of sending Kenya into the Zimbabwe way.

â€˜â€™This is the type of news that Uhuru and Ruto teams could pay millions to water down, in fact if it was done by a local blogger it could have been pulled downÂ  luckily this was done by the French News Agency AFPâ€ said a Nairobi based news editor.

The Kenyan electorate should not be blinded by tribalism, the choices are clear; Western powers have made it clear, elect ICC accused and you are on your own!

A few clowns who understand little or nothing in International economics are parroting on FB that China is open for business and that we need USA not!

Uhuru Kenyatta was quoted recently saying Â that he had no time to engage the West(read Europe and USA) instead Kenya will trade with Africa and China; well, Zimbabwe has been trading with China did that help?

Just two weeks ago the Netherlands banned Miraa import from Kenya, what did Uhuru say? Uhuru the hypocrite urged the Netherlands to reconsider the ban and open business with Kenya!! Why could he NOT approach China to teach Chinese how to consume miraa?

Truth be told: All African and Asia countries including Pakistan (largest importer of Kenya tea) depend on USA in one or another; sanctions on Kenya means all allies of USA and Europe will be advised (ordered) NOT to do business with Kenya.