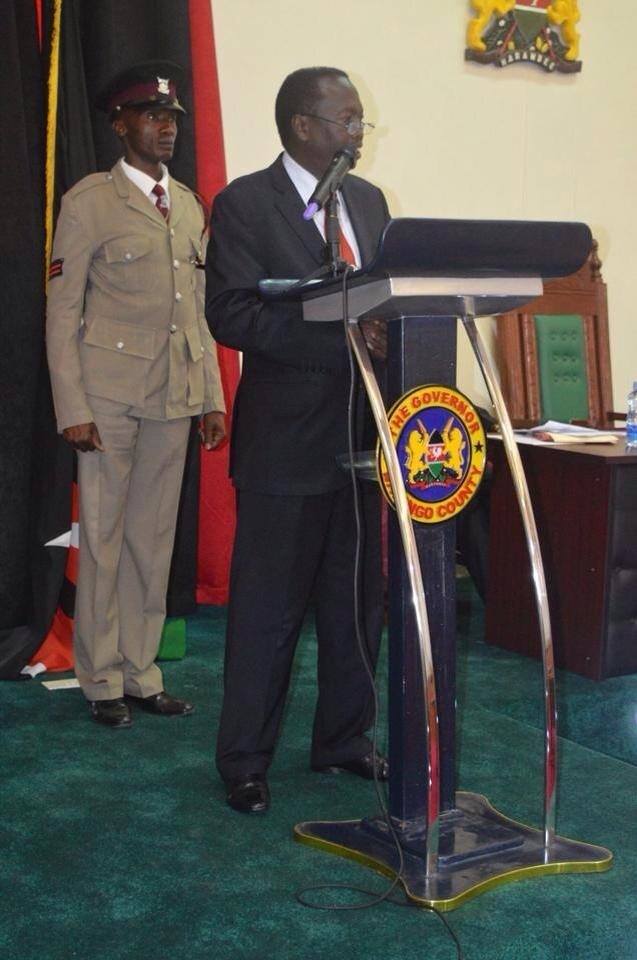 Baringo governor is a man with SWAG, he loves power oh yes! he enjoys power too. As Governor of the most insecure and hunger striken county the URP man affords to have an aide-de-camp of the rank of Corporal!

Baringo governor is ranked bottom 10 together with his Nyamira counterpart John Nyagarama among other clueless governors.

Gov Cheboi is indeed a small god, at least in his mind !