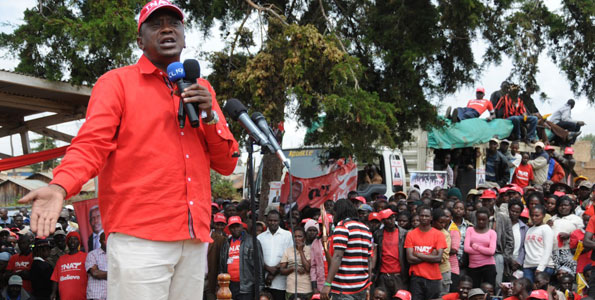 The United States has moved to clarify that while Kenyans are free to elect whoever they want as president, there will be consequences for their choice. US assistant secretary of state for African affairs, Johnnie Carson, says Kenyans must be careful not to make choices that will affect the country negatively.

Secretary Carson’s clarification came as a follow up to an apparent misinterpretation by the Jubilee Coalition of President Obama’s message to Kenyans. In a televised interview, UK envoy to Kenya also Christian re-affirmed his countryâ€™s position that it will not do business with the ICC accused.

The Kenya middle class is in fear as to the fate of their businesses, savings and mortgages when the country’s economy goes on a Zimbabwe like downward spiral in the event of sanctions by the international community, should the Jubilee Coalition win the March 2013 General Elections.