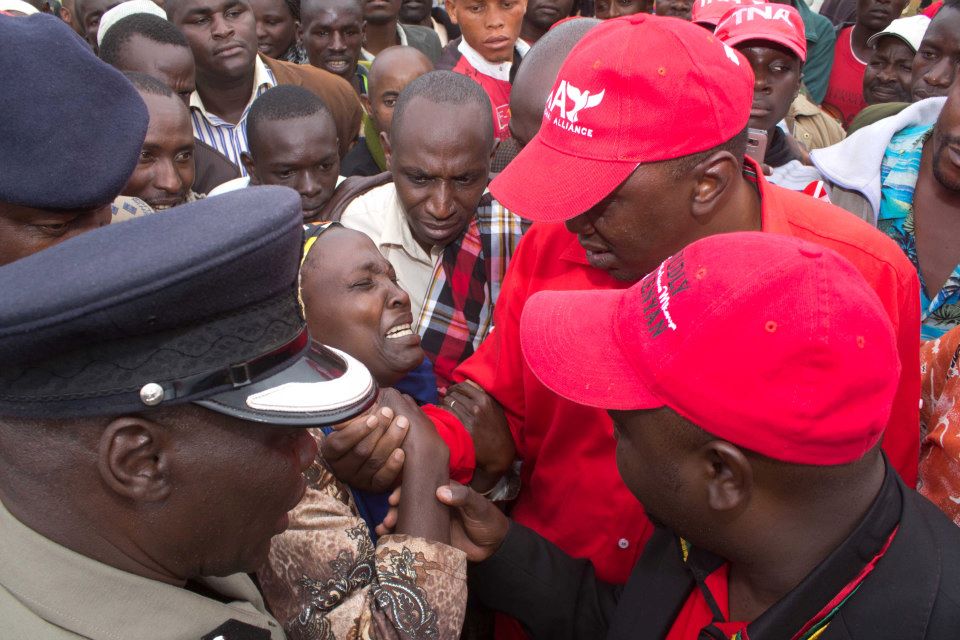 By: iReporter in Meru

This middle aged woman in Meru held into Uhuru Kenyatta’s arm hoping that the masterÂ  of Landlords could sort out one of her many problems, Uhuru seems to be disturbed (in this picture) and taken a back by the unfortunate development.

Meru County is one of the thriving regions in Kenya with minimum squatter problem, though now on the rise. The declining commodity prices have fueled poverty in the larger Meru. The county was once home to a vibrant Coffee, Tea and Milk Co operative Societies.

The region was the bedrock of Kibaki’s presidential politicsÂ  and was largely perceived to be inherited by Uhuru Kenyatta but his mistreatment of Kiraitu Murungi’s APK- M’bus saw the support flip through his fingers. Meru is a swing vote region that is open to both Raila’s CORD and Uhuru’s Jubilee coalitions.