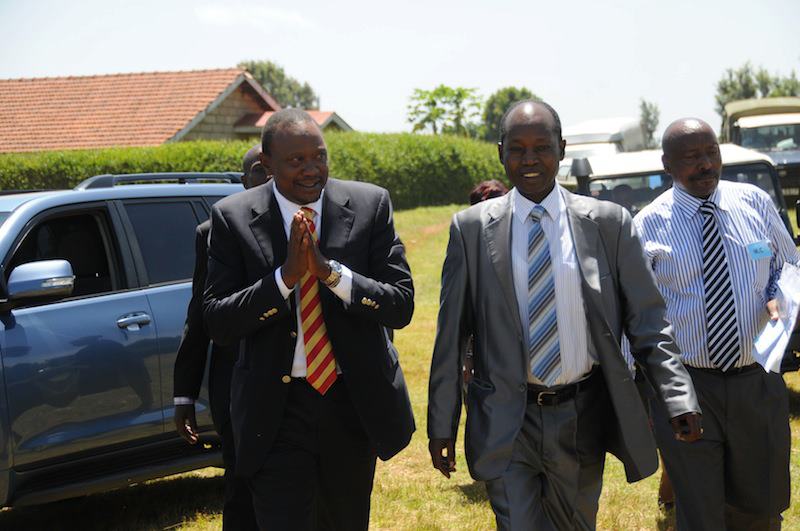 Jubilee presidential candidate was today in Meru to attend the Ordination of Mrs. Catherine Kagwiria Mutua at Kaaga Methodist Church in Meru, to the dismay of many pundits Uhuru’s presence was casual and lacked the usual pomp and colour he previously attracted in the region (see all Uhuru’s facebbook photos from Meru in his fan page (http://www.facebook.com/media/set/?set=a.565753343453223.138629.148874415141120&type=1)

It is apparent that Kiraitu Murungi’s Alliance Party of Kenya has penetrated the Meru region.One ofÂ  Kiraitu Murungi’sÂ  aides Humprey Ringera had this to say in his facebook page “I can comfortably confirm that APK (Mbus) is not just any other political party, but an organized and enigmatic party in this backyard. A presidential candidate was in town and No one seemed bothered, everyone is firmly in Mbus. Am impressed.”

The Meru region is at crossroads on who to support as their favourite politician Mwai Kibaki retires.

The effect of Uhuru’s inability to strike a deal with Kiraitu is being felt if today’s events are anything to go by.Â  Meru region is home to Miraa farmers whose produce have been banned by the Netherlands and Uhuru’s win in March 4th elections may not make matters any better for the Miraa farmers.