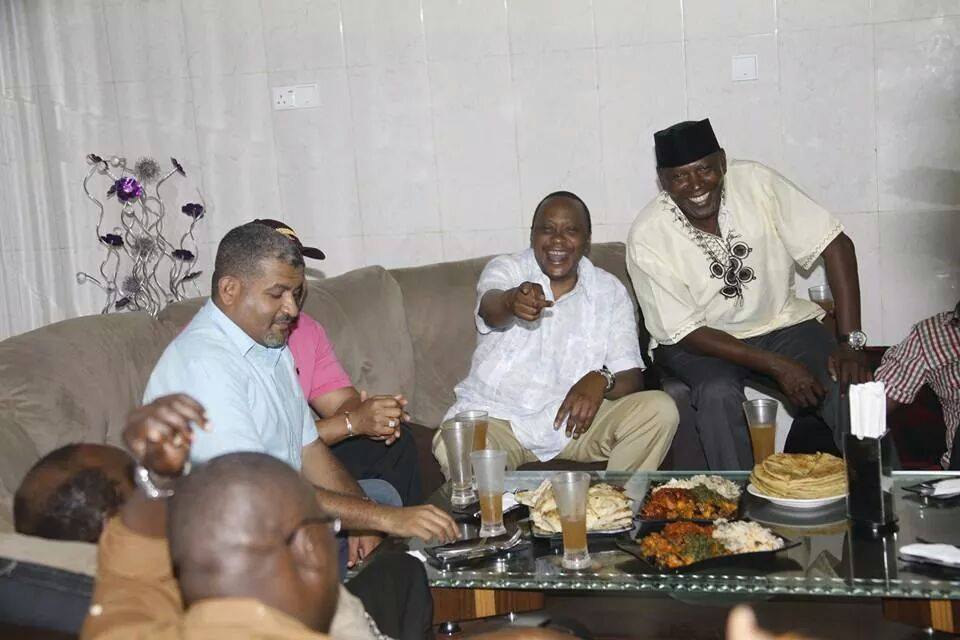 Yes, this is the week of extreme PR stunts by H.E Uhuru; if he is not riding with governor Joho (mtu mkubwa) in the special presidential land-rover, then he is supervising the detonation of a ship and drugs in the high seas a top a chopper and if he is not dancing Chakacha with Coast citizens then he is eating pilau, biriani and chapati with ODM MPs….. karibu to the world of practical PR that works.
Here is what one pundit thinks about all these PR Kamasasa Amos Ephraim

Uhuru is trying to play smart here. He is trying to endear himself to the masses directly, especially those regions that have no political business with him save a few characters in the name of brokers. He want to portray himself as a down to earth leader. He helps carry coffin, he posts in the media. He goes to coast and heads to the public beach to mingle with public easily, he shares a meal with coastal leaders openly, all these makes sure the pictures and clips are aired by our compromised media houses.
The son of Jomo is sending strong message that with or without entering into a coalition come 2017 with any broker or tribal chiefs he is determined to make it alone and win elections.
Someone must be sending chilling political messages to Ruto and Raila.

If only, this man Uhuru could reconstitute his government and balance all public portfolios to reflect national balance.