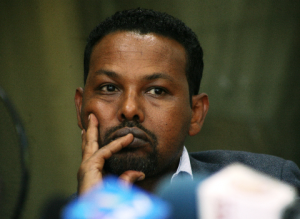 Word on the street is that the youthful Mandera Central MP Abdikadir Mohammed has todayÂ  Monday 14th January announced his retirement from electoral politics for the foreseeable future and will not be contesting any seat in the upcoming elections.

Abdikadir is allied to Musalia Mudavadiâ€™s UDF, this move is a big blow to Mudavadi who is struggling to get visibility beyond his Mululu home.
Abdikadir’s youthfulness and intellect endeared him to leading presidential contenders who were said to have considered him for running mate slot.
The 36 year old Nairobi University and Harvard Law graduate defeated the incumbent Billow Kerrow at the ballot during the 2007 elections while vying on a Safina party ticket. He was one of the youngest MPs in the 10th parliament.
Billow Kerrow was among the former MPs from Northern Kenya who joined Jubilee Alliance via URP two weeks ago.
Abdikadirâ€™s served as the Chairman of the Parliamentary Committee on Constitutional Implemetation
Abdikari will most likely go back to his law practice.