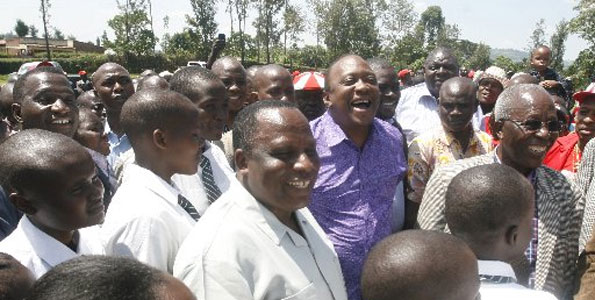 Kisii TNA nomination was perhaps the most successful in the country, most candidates were unopposed. CORD attracted many serious candidates and the nomination exercise was very competitive. Other candidates opted to join smaller parties with the aim of riding on the CORD wave that is sweeping the region.

Ford People a party associated with retired powerful minister Simeon Nyachae pulled out of Jubilee alliance, party leader Henry Obwocha could not stand the CORD wave sweeping the area, he has since said he supports Raila Odinga for presidency but will be seeking the Nyamira senate seat on Ford People ticket.