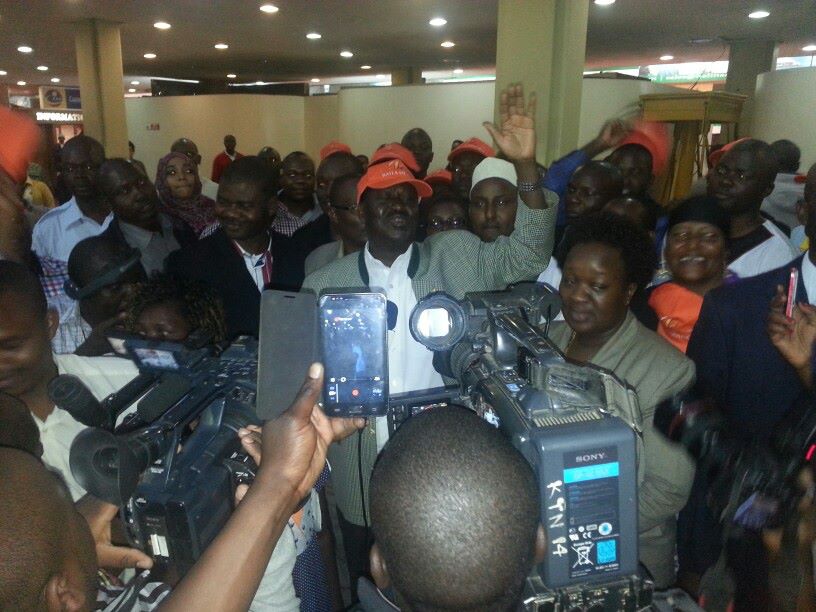 Prime Minister Odinga avoided the use of the VIP lounge and instead walked alongside other members of the public, through the public exit area. He told reporters that the lounge was closed.

â€œI have been informed that the lounge is locked and I can only use it when it is opened. Once it is opened for me I will use it,â€

While in South Africa RailaÂ  was accorded VIP treatment, including the use of the VIP lounge at the Oliver Tambo Airport, yet the same facilities were not being granted to him locally.

â€œWhile there (in South Africa) I was accorded the respect that I deserve, just as we do here to retired Presidents and Prime ministers when the come visiting. Am not demanding for anything more,â€ he told his supporters amid chants of shame to Kimemia! Ashindwe!

It was an emotional homecoming with chants of baba! baba! rais!

Prime Minister Odinga later updated his Facebook page thus; “I am moved beyond words at the reception on my arrival back home today. I feel re-energized…I shall never tire in my service to Kenya:”!

Odinga was in South Africa where he attended the African Presidents Round Table on Democracy.