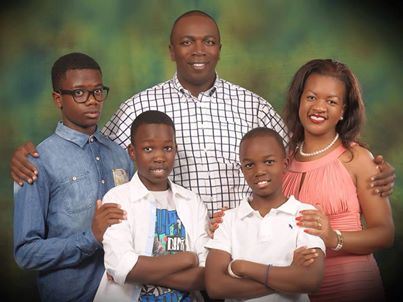 Caesar Asiyo is emerging a clear favourite for many ODM supporters to take over as the chief executive officer of the largest political party in the country. Vinara, a lobby that led ODM campaigns have announced their support for the youthful Asiyo in the ongoing search for the party’s Executive Director.

Here below is the full statement by Vinara:

VINARA STATEMENT ON THE POSITION OF ODM EXECUTIVE DIRECTOR

The just concluded electoral process has been an eye opening experience for many of the young members of ODM. We have come to realize that as a political party, the general public viewed us as frontrunners going into this Presidential contest. Indeed, our electoral opponents were portrayed as fresh-faced outsiders while ODM was viewed as the same old status quo when the reality of the matter was actually the opposite. Our candidate was held responsible for all the failures of the Grand Coalition Government while the immediate Retired President was credited with all the successes.

On this background, coming from the end result of the March 2013 political contest, it is imperative that the Orange Democratic Movement adapts to the prevailing political environment and rediscovers its connection with the electorate. Our party must now seek to espouse the values that the People hold dear, our party must remain relevant.

It is therefore our thinking as Vinara that the position of Executive Director of the Orange Democratic Movement will be at the heart of this new effort. This shall prove to be a key position in coming years in the organization of our party’s efforts to attain leadership of our great nation via the collective will of the people.

This is why we feel that such a position must not be used to broker political arrangements. This is a position that requires a professional manager with experience working in a demanding set up with a proven track record of turning out results. This is not a position for a politician especially not those seeking a soft landing following unsuccessful bids. There are several political posts such as that of the Party Chairman and Secretary General that ought to be used for the purposes of political inclusiveness. However, we must all agree that the difference in this election was the professionalism with which the competing outfits were managed.

It is on the strength of this argument that we, as Vijana na Raila, unequivocally endorse the candidature of Mr. Caesar Asiyo for the position of Executive Director of the Orange Democratic Movement. A family man, married to Connie with whom they have three boys, Mr. Asiyo’s curriculum vitae speaks for itself; an impressive academic background, ten years working experience managing operations & logistics in a private firm and a further four years as Director of Coordination in the office of the Prime Minister puts him in good stead ahead of the competition for the job. At a youthful 44 years old, Caesar is just old enough to have the requisite experience while being youn enough to be in tune with the majority of Kenyans. It is time we changed the way our Party is run. It is time for professionalism.