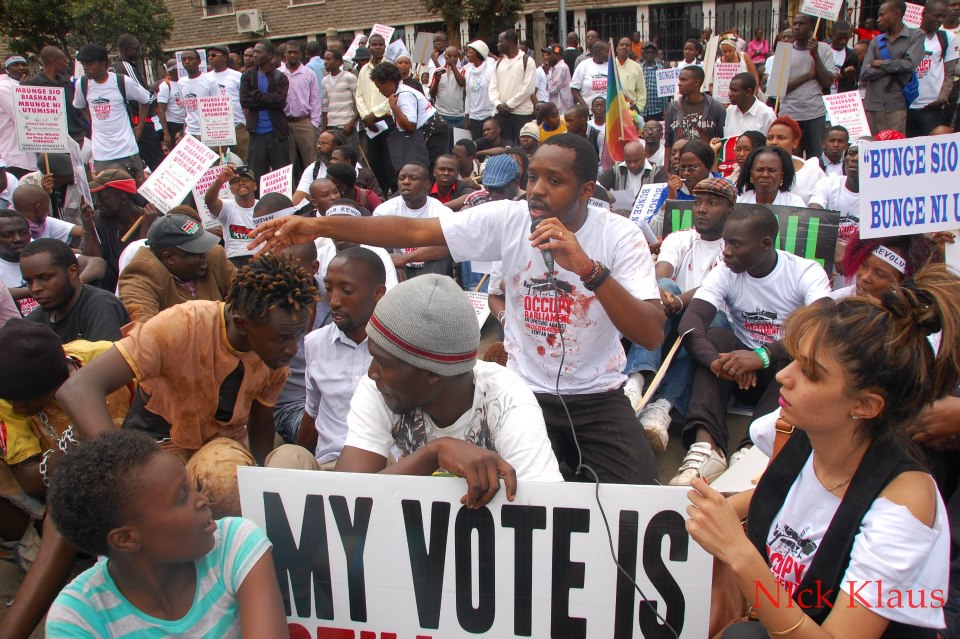 The Sad Irony of Kenyans!

Isn’t that senseless for anyone who voted Uhuru Kenyatta to now turn up to ‘Occupy Parliament’! I mean isn’t it just!?!

There was an easy way to solve this problem! The stupid mistake was to vote along tribal line!

Some Kenyans will vote for their own tribe, irrespective of political ideology, then spend time complaining about their government!

I have more respect for those who voted Uhuru and stick by him and his empty offers for no other reason other than him articulating his lies more eloquently! Than those utterly ignorant souls who thin voting is an exercise for the arm!

It gets on my nerves that these despicable people’s FIRST agenda was to debate on increment of their salaries when there’s a commission to do just that!

The truth of the matter is that there are hundreds of poor little children sleeping in the streets of Nairobi and elsewhere!

Children learning under the shade of a tree and hospitals ransacked by corrupt stewards and being run by nurses who mistaken care for military duty!

One cannot sneak a note in a card through the post- our postal services don’t work! Our power- doesn’t work; traffic, chaos- it is nonsense!

In Kenya we have some of the most educated people on planet Earth, so why don’t our systems work?

If someone had the will, things will work! And the first complainers are the willing bribe givers; the first casualties of our road carnage are those who enter an already full matatu! Those who lose their babies under the care of professions are the first to give in when their husbands are thrown out of the delivery room!

There are obvious winners to all these chaos! And if you are so naive not to know MUNGIKI are the main tax collectors for years now!

And a huge section of KENYANS voted tribal chiefs’ to power – the only person I can only imagine to have voted with a machette and a stuffed suitcase held to his throat is the chief failure, willy useless mutunga!

Anyway, we need the tyranny of numbers wherever we go to demonstrate but don’t trust every agreeable Kenyan to brave the police beatings!
so therefore I prefer quality!