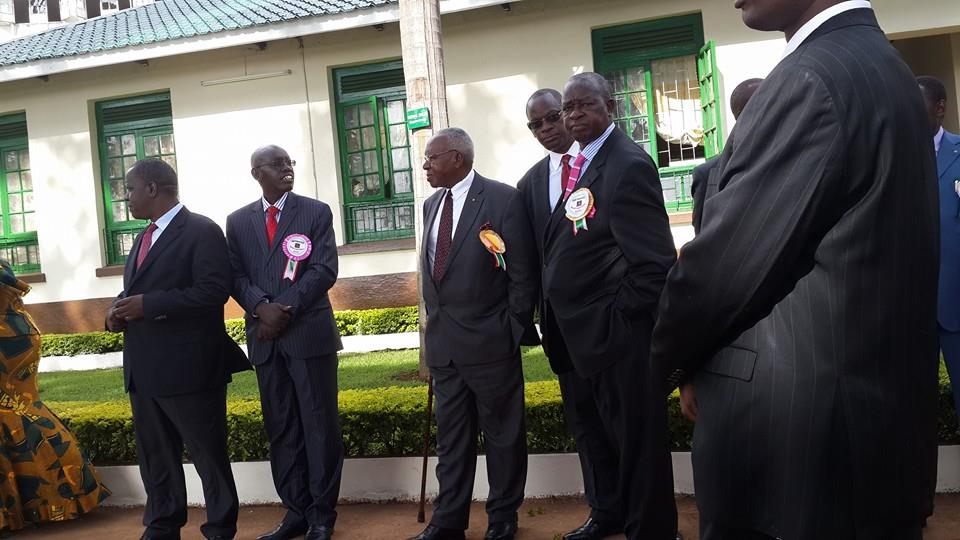 President Uhuru’s Kisii tour is turning out to be more controversial than it was expected. Sources indicate that a section of local leaders were set to also follow the footsteps of Western and Luo Nyanza whose leaders openly told Uhuru to share national appointments equally among the 42 tribes, not just his Mt. Kenya backyard taking all the spoils.

In Nyanza, Dr Machage gave president Uhuru a free governance lecture on Saturday at a funeral in Rongo.

In Western, bullfighter Boni Khalwale, who has since joined CORD, told Uhuru he only thinks of his ethnic backyard.

Back to Kisii, the news in indicate that local ODM leaders who are the majority wanted a honest chat with the president and were pushing to have demands for DIALOGUE delivered by one of their own. Upon hearing this, local TNA offcials led by the Jimmy Angwenyi asked the president to make a special request to Mzee Nyachae to make an appearance in the meetings and also ask him to water down the calls for NATIONAL DIALOGUE.

The residents have however vowed to get the DIALOGUE message home as they have adopted DIALOGUE as the rallying call ‘if uhuru asks tuko pamoja the response is DIALOGUE’ one of local Youth Leaders told this writer.