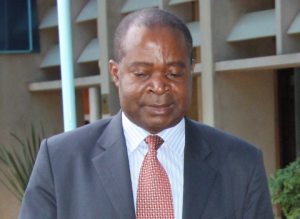 UDF’s Election Board chairman Abraham Limo has confirmed that Housing Minister Soita Shitanda is NOT in the race for Kakamega governor’s post, instead former Nyanza PC Paul Olando will carry the party’s flag in the March 4th general election.

The Housing minister was blocked from contestingÂ  because Commission of University Education (Cue) does not recognise his degree certificate.

Olando will be facing ODM’s Wycliffe Ambetsa Oparanya the minister for planning and vision 2030.