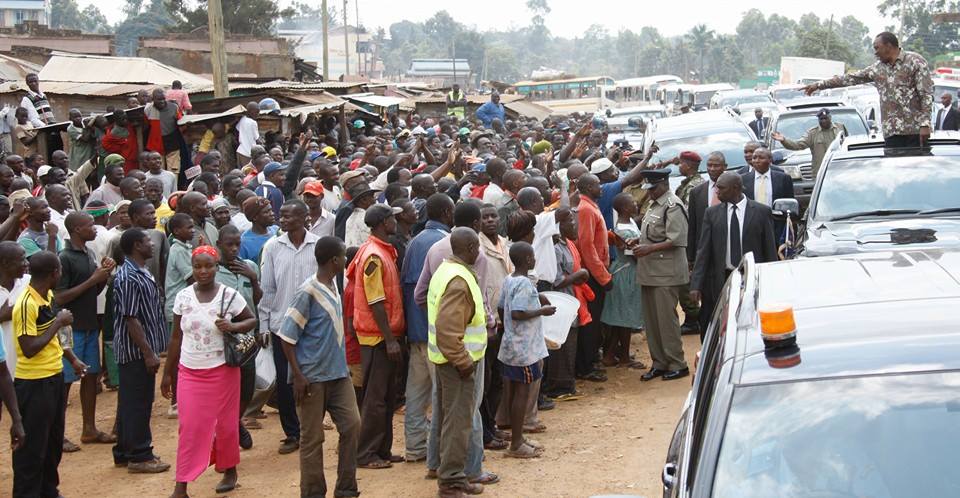 Uhuru’s Western Kenya-Kakamega tour has hit the national record for registering the lowest crowd ever for a sitting head of state. Check photos below where even a mama mboga walked out on the president (Lady in pink skirt seem to have no time for Uhuru, she instead walked a way)…. 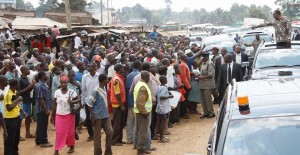 And at some point there were more vehicles than people; click on the picture to enlarge:> 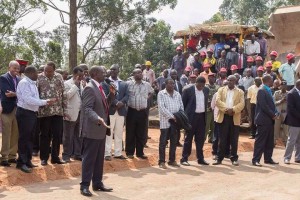 Elsewhere this is how it was captured on Facebook:>

UHURU KENYATTA-so last evening he joined Duale,Ruto and Muslims in Kakamega to break the fast.the choice of Kakamega was not intentional.it came about after Muslim leaders in both Nairobi and Mombasa rejected his overtures.today morning some pick-up was going around Kakamega town urging people to line up by the road by ‘greet’ Uhuru.the pick-up was however burnt to ashes before it could finish its mission.by the way why does Uhuru only go to Western to eat?