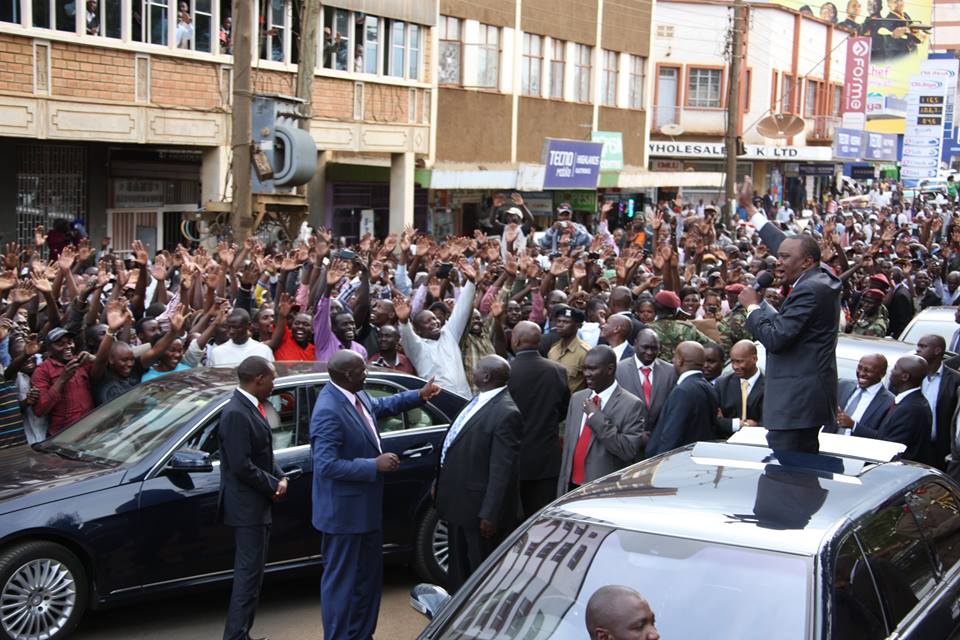 William Ruto is always accompanying the president even in simple or minor ceremonies in Nairobi and across the country…..Yesterday Uhuru was in Ruto’s town just a stone throw from his home BUT the Deputy President was not in the vicinity, WHAT is exactly cooking in Rift Valley? it is said that since the Rugut vs Waiguru saga the going has not been smooth for William Ruto.

Is Alfred Keter Zachayo Cheruyot and group succeeding at getting Kalenjin nation abandon the TNA regime that has been accused of failing to equitably share the national cake with URP?

The rumour is that Ruto was warned by intelligence that he will be heckled and mocked publicly before his boss and beaming national TV, so the clever thing to do for the Kamagut born son was to keep off the event. In Eldoret town there were no native dancers but just local hawkers most of whom are from Uhuru’s Mt Kenya stronghold.

It was NOT just Ruto who did NOT show up but also other local leaders including MPs.

The natives of Eldoret did NOT even show up to see the amazing presidential limousines and the accompanying escort, instead they were busy doing there usual chores- working in their farms.

Just a few days ago former Roads minister hon Francklin Bett released a video calling on Ruto to go back to the electorate and resolve the emerging burning issue. Hon Bett publicly said the ground was on FIRE and that ONLY Ruto can put it off by answering tough question

Has the ground shifted that quickly? what NEXT for Ruto? Uhuru? Kalenjin?

If indeed Ruto can be scared of being heckled then indeed the ground has shifted. A few of the residents who had showed up were disappointed that the Deputy President could not face them.