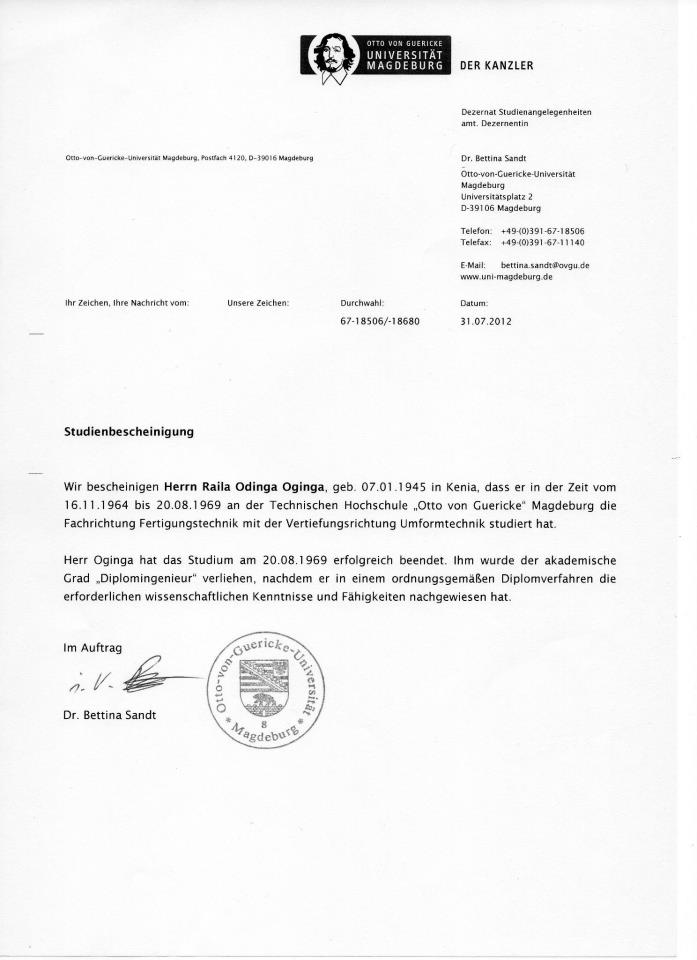 The document confirms that Raila Odinga has graduated from 16.11.1964 until 20.08.1969 a degree in production engineering from the Technical University of Magdeburg. If someone is interested to get a copy of this document, pls contact me or: Otto-von-Guericke-UniversitÃ¤t Magdeburg
UniversitÃ¤tsplatz 2
GebÃ¤ude 18
39106 Magdeburg

Raila Odinga Oginga, born on 7th january 1945 was from the 16th November1964 til 20th august 1969 student of the Technical University Magdeburg. He finished with the german degree “Diplomingenieur” . In German, the traditional engineer’s degree is called Diplom-Ingenieur (Dipl.-Ing., in Austria also DI), this engineer’s degree lasting 5 til 6 years . This degree is generally equivalent to a Master’s degree, which is not to be confused with the old Magister degree. Most programs that used to lead to a Dipl.-Ing. degree lead to Master’s degrees today, as the Diplom-Ingenieur as an academical title is phased out because of the Bologna process.