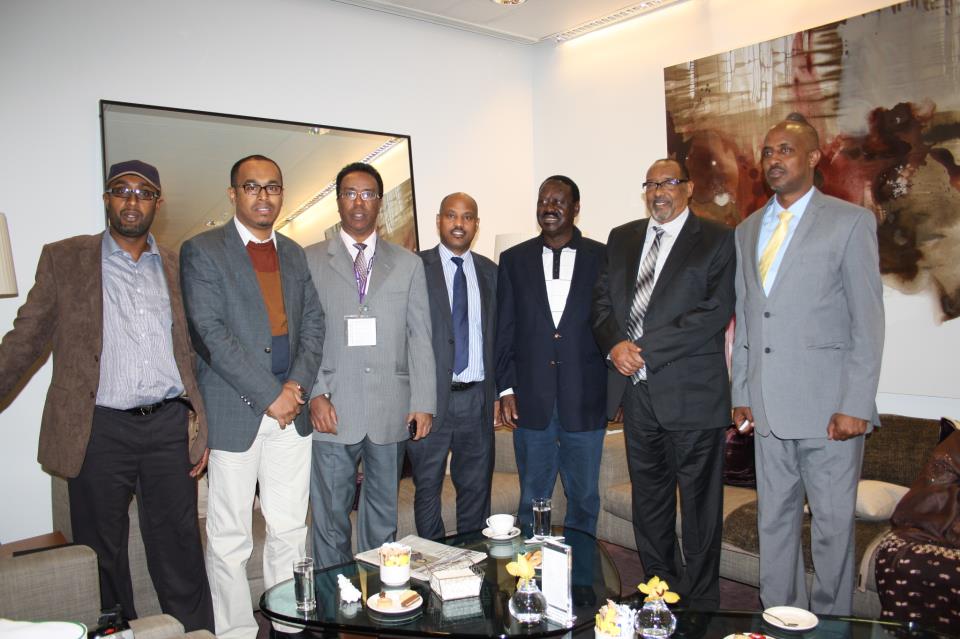 CORD leader Hon. Raila Odinga has reiterated that the IEBC as is currently constituted can not be entrusted with overseeing the next general elections. He stated that some individuals within IEBC had lost credibility in the eyes of Kenyans.

Addressing CORD supporters at the London Russel Hotel this morning,Raila also stated that there is need for a truly independent Judiciary composed of men and women of integrity if the Judiciary is to regain the confidence of Kenyans as an institution of last resort in handling election disputes.

He said CORD “accepted the Supreme Court Ruling because its verdict is final,but did not agree with it.Hon. He further observed that there is need for full implementation of the devolved system of Government as a panacea to the imperial Presidency that Kenya has witnessed in the past.

Raila,who was flanked by his former Campaign Manager,Mr. Eliud Owalo stated that both the CORD constituent parties and the Coalition will be strengthened in readiness for the next elections.He also thanked the CORD UK Chapter for their support during the last elections.

The CORD UK team which was led by Chairman Ben Wanyonyi and officials Joakim Nyantika,John Baraza,Amina Shariff,George Morara,Dennis Onyango,Anne Sitati and Councillor Mary Anne Marion congratulated Hon.Raila Odinga on his role in widening the democratisation space in Kenya.They stated that it was extremely difficult for CORD supporters to cope with the Supreme Court verdict and the outcome of the last elections