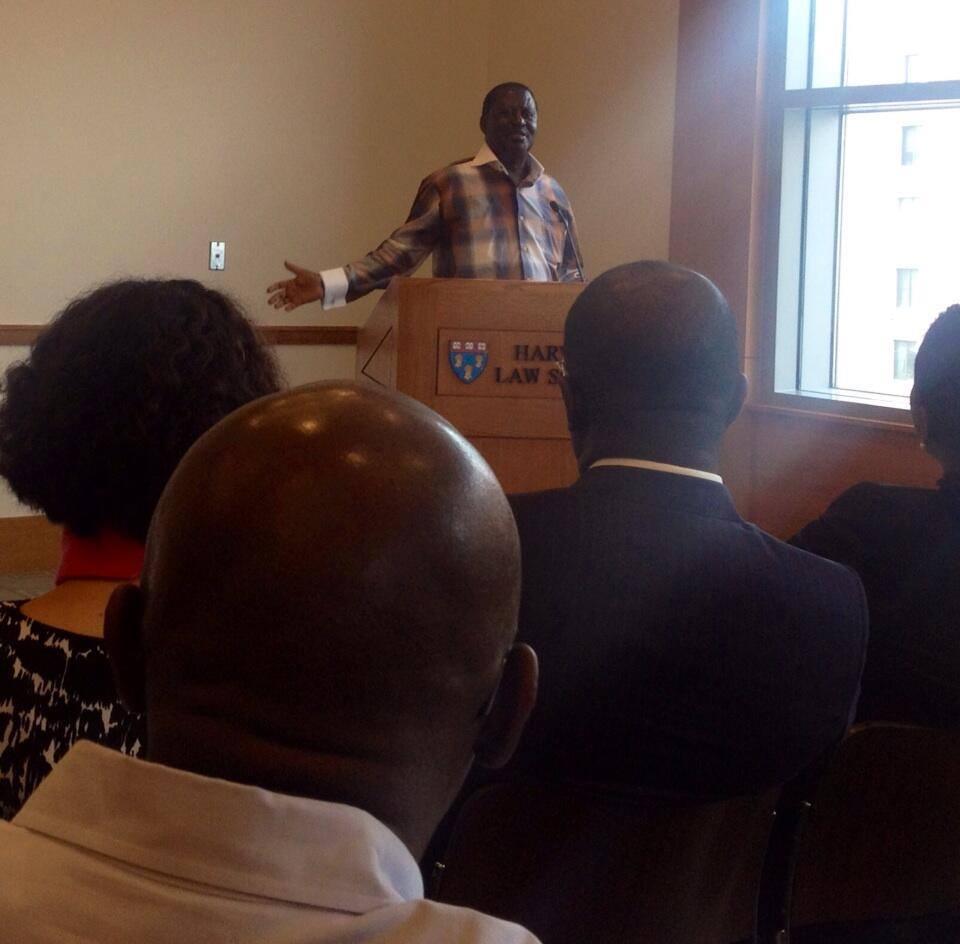 The Peoples’ President and former Premier Raila Odinga wowed Harvard University students and professors in his presentation at the African Development Conference held at the world prestigious university.

The former Prime Minister brought the conference to to a WOW moment when he narrated his life experience as a student in German, a lecturer at the university of Nairobi, MD at Specture International, a detainee, a presidential election winner but declared loser, a prime minister and as a member of the prestigious Davos based World Economic Forum.

The cap it all Odinga summed it up thus;

“Until Africans learn to speak for themselves, the African story will be told by foreigners” Odinga told a gathering of the world’s brightest people.

Odinga is the USA for a month long fellowship a honor for former presidents and heads of governments.