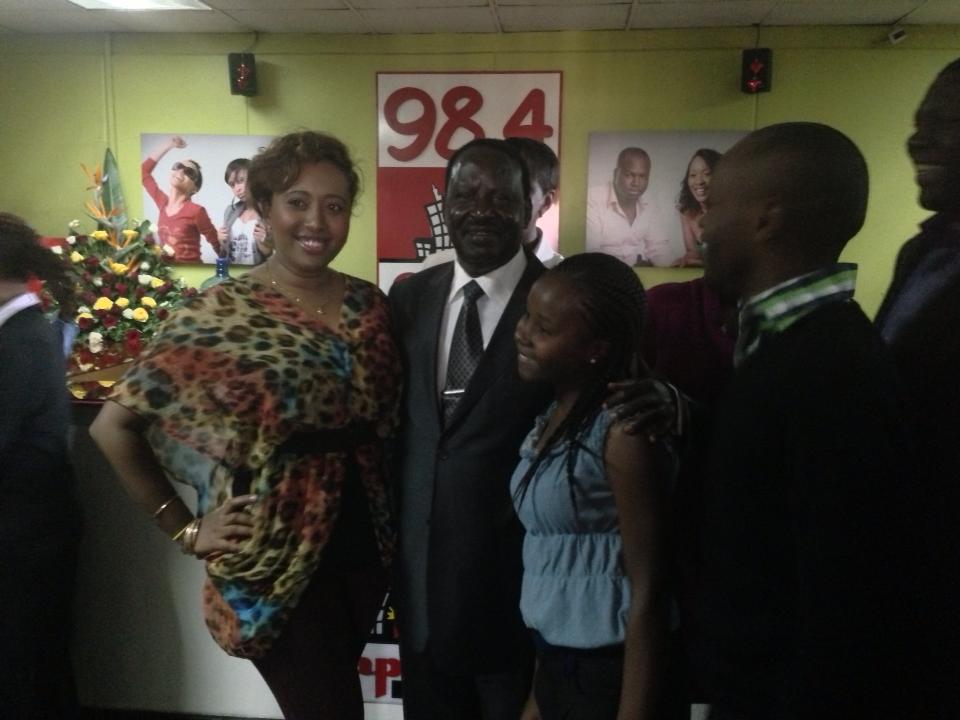 The Rt Hon Raila Odinga shares a moment with excited supporters who bumped into him earlier at Capital FM offices.

Raila Odinga took the opportunity during the morning interview to share his views on Kenya as a maturing democracy, and what the future holds for Kenyans while fielding questions from the listeners of the popular morning show.

In the 2013 elections, Raila’s clarion call is “Jobs, Jobs, Jobs!” , jobs can only be created if necessary reforms are put in place to spar a double digit economic growth.