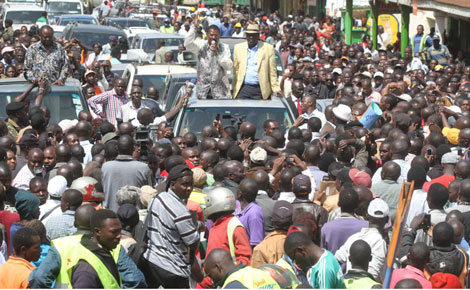 Eldoret town was on a rock-down moment when Peoples’ leader Raila Odinga made a grand entry into the town on his way to pre-SabaSaba rally at 64 stadium.
Cord principal Raila Odinga and opposition leaders landed in Eldoret Friday morning amid tight security, with the former Prime Minister criticising area governor Jackson Mandago for causing tension ahead of their rally at the 64 Stadium in the town.