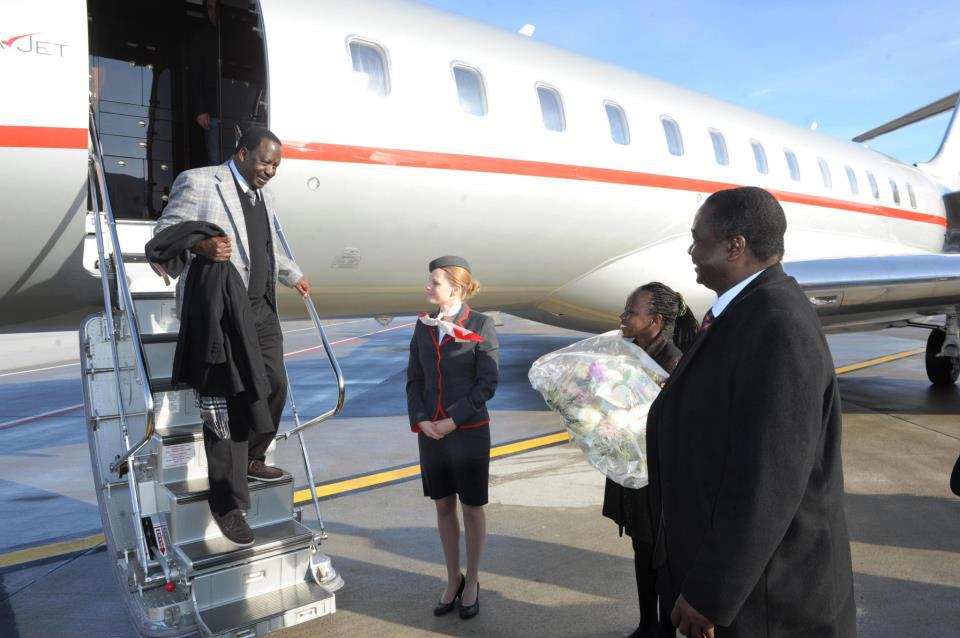 PM Odinga arrived in Davos where world leaders are gathering for the World Economic Forum in Davos. There are signs of hope in stabilizing the Euro zone economies, the USA economy is on the path of recovery and the debate on Climate change are among the issues on top of the agenda.

Prime Minister Odinga is a member of the WEF submit owing to his position in government and individual capacity as a businessman. He has participatedÂ  in the forum’s discussion panel and often joined the CNN Youtube debates where his masterly of the economy, climate change and regional politics has been found valuable in engaging the world powers and giving Africa a solid footing.

While Davos, PM Odinga will hold a series of meetings with world leaders and business leaders, he is scheduled also to meet UN secretary general Ban ki- Moon.

The Prime Minister is expected to highlight Kenya’s economic progress, regional security with an eye on Somalia and the great lakes region, the March 4th elections and a report card on the coalition government’s five year tenure.