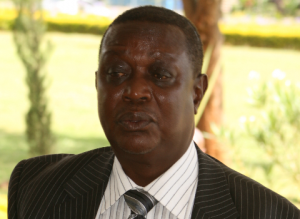 The boardâ€™s chair Franklin Bett nullified the results until such a time when the board meets the two top contenders Oburu Odinga and a Mr. William Oduol.

Earlier, Siaya County returning officer had declared Oburu Odinga, who is also the Assistant Minister for Finance, the winner with 62, 232 votes against William Oduolâ€™s 35,198. Oduolâ€™s supporters took to the streets and social media claiming the results were doctored.

Of interest were the social media cries that flowed long before the exercise had been concluded claiming Dr. Oburu had lost. Â An aide to Dr Oburu who sought anonymityÂ told this reporter that Mr Oduol has been running a serious media spin to discredit an otherwise credible nomination exercise.

â€œ how do you explain tweets claiming we had lost evenÂ  before polling was closed, there is a deliberate negative media spin by outsiders to cause confusion in the county and the country, I can tell you this spin is not just about Siaya governor race- it is bigger than many can imagineâ€™â€™ Â explained the anonymous aide.