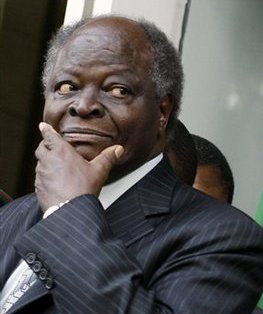 President Kibaki on Monday passed into law 30 bills representing the largest number of laws to have been assented to in a single day since independence.

The President whose legacy is credited with skewed infrastructure development, a rigged election, extra judicial killings and stagflationÂ  passed into law a bill giving himself a hefty retirement send off package but rejected that which was to accord his co principal Prime Minister Raila Odinga, his vice president, MPs and other state officers almost similar comfort in retirement.

The rejected bill that is worth of praise was that seeking to give MPs heft send off, state funeral and diplomatic passports; many Kenyans had expressed disgust to the provisions of the bill prompting street protests by civil society groups on Monday.