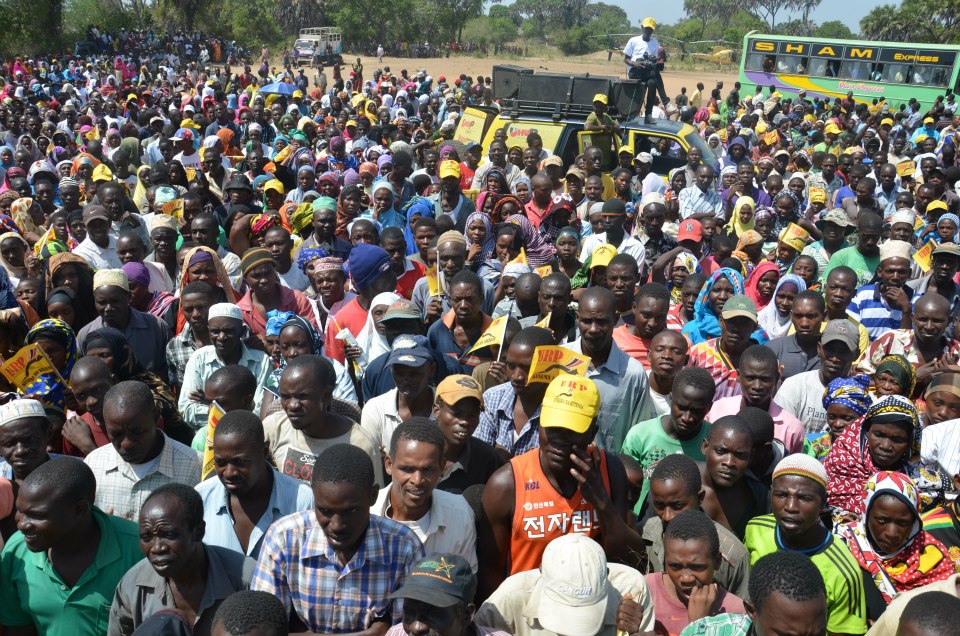 Jubilee Alliance was shocked by the low turnout in a series of rallies held on Saturday in Kwale County. Kwale is home to URP supremoÂ  Chirau Makware.

The natives of Kwale County have raised concerns previously touching on land related issues. They are anti Jubilee due to what they see as the alliance’s inability ab initio to effectively implement land reforms.

Kwale is home to the Mombasa Republican Council (MRC) an illegal group that is leading a campaign to secede from Kenya alleging historical land injustices that were perpetrated by Jomo Kenyatta the founding president and father to Jubilee Alliance Presidential candidate Uhuru Kenyatta.

Meanwhile Uhuru’s team had planned to hold a rally at Wundanyi Stadium but were forced to cancel after intelligence advised that the residents are unhappy with their position on land and that the expected crowd at the stadium would be hostile and likely toÂ  embarrass jubilee leaders. Uhuru and his team left for a makeshift campaign in Malindi >>>> More to follow