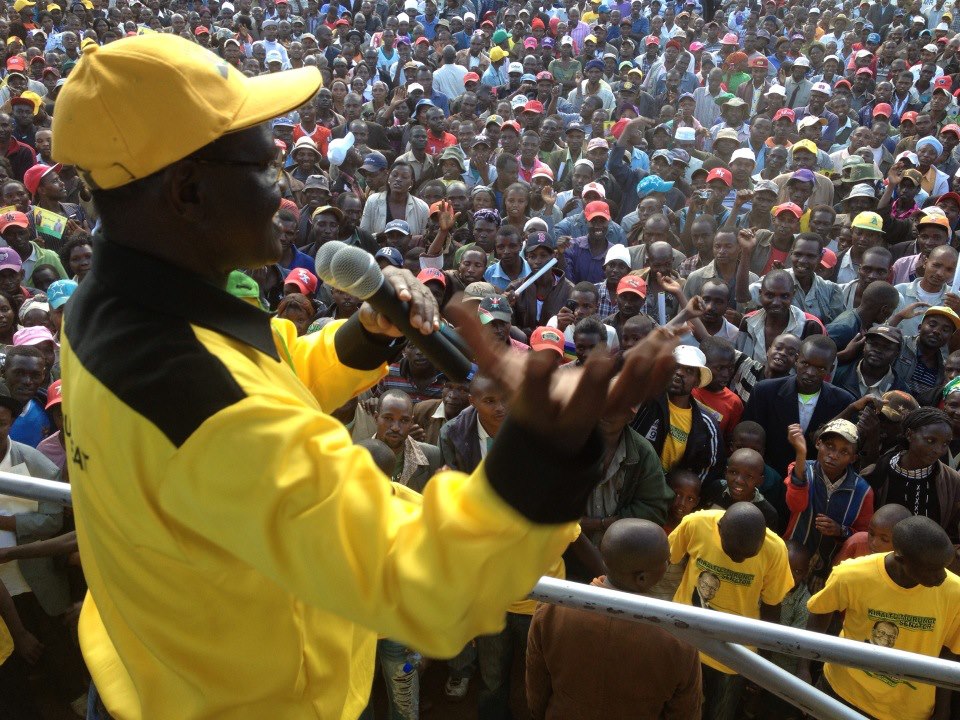 The boss of the Mbus party has one mission; to be William Ruto when he grows up, otherwise how can one explain Kiraitu’s outfit that resembles that ofÂ  William RutoÂ  and URP party colours?

This is to confirm that the Mbus party is eating into Jubilee’s vote count, just take a look at the crowd; they have both TNA red colours and the yellow URP colours.

The Mbus is indeed going places and Uhuru should be regretting why he mistreated Kiraitu. With the March election said to be close to call, the Mbus party will indeed make or break Uhuru’s march to Statehouse or is it StateHague?.

CORD leader Raila Odinga is penetrating the region thanks to Uhuru’s move to isolate and frustrate Kiraitu Murungi’s party. Odinga worked with Kiraitu during the struggle for the 2nd liberation (both were in Ford Kenya), later re united in the NARC coalition government.

The Mbus party is not supporting Uhuru’s presidency but has instead directed their members to chose wisely taking into account the welfare of the country.

The ban of Miraa export into the Dutch/European market will also play a critical role, Uhuru’s emphasis that Kenya need not trade with Europe injures his promise to fix the miraa market controversy.