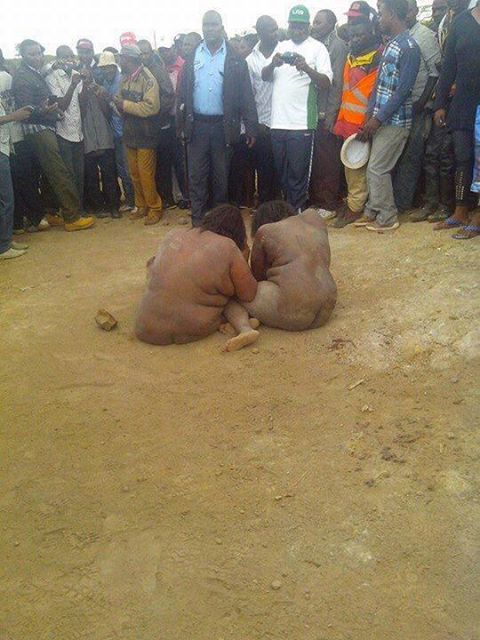 Two Women arrested in Ruiru, Kiambu for a petty crime, this is a bad scene, their fat flat behind exposed to the damn world ! Why such an atrocity to a fellow human being?, spare that flat ass please next time, let us be sensible, we have courts that declared Uhuru the winner of the rigged 2013 election, these ladies can as well be taken to court – courts can jail or punish them by way of fines/penalties – just arrest them !…..

Its +11 years since Raila Odinga helped the Mt Kenya elites ascend to the presidency yet the region is still under extreme poverty, petty crimes, major scandals and other little social mis-ups like molesting pets and livestock, Jigger menace, prostitution etc……

These two women are VOTING ROBBOTS, they can vote for anything ask Joseph Kamotho and we have many their kind across the republic !

How can we get a leadership that is committed to alleviating poverty? …. not just condoning corruption to enrich a few sons and daughters from “our” tribes?…..

….and did Toilets stop flying in Kibera?

We need to be united as the poor, help our president govern !