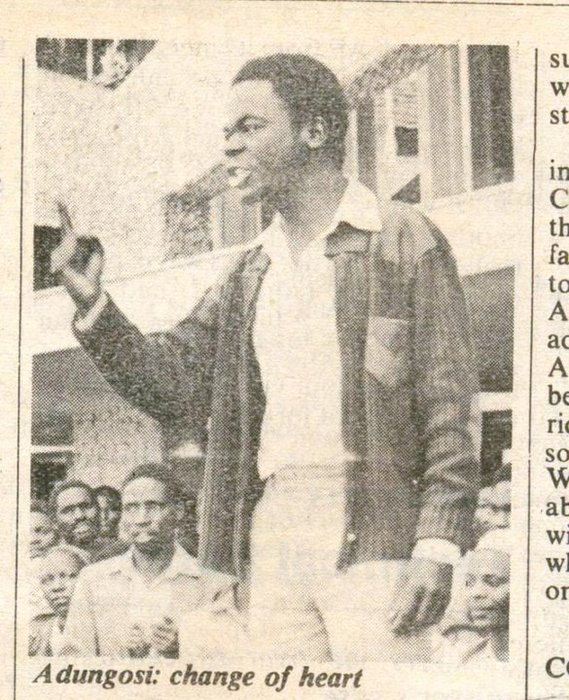 The Rt Hon Raila Odinga is this Saturday scheduled to attend the burial of Marciliana Adungosi in Teso South District.

Marciliana Adungosi, who passed away on June 16 aged 102, was the mother to the late Titus Adungosi who was a University of Nairobi student detained alongside Raila Odinga in 1982.

The fiery Titus ‘Tito’ Adungosi was the first Chairman of the Student’s Organisation of Nairobi University (SONU), . SONU was established in 1982 as a central body representing University of Nairobi students. The outspoken and radical Adungosi, was sentenced to 10 years imprisonment for sedition on 24th September 1982, soon after the failed Kenyan military coup of 1st August 1982. He died in prison under mysterious circumstances on 27th December 1988..

Titus Adungosi died as a result of the torture the pair underwent during their time in detention. Raila Odinga has since then maintained a close relationship with his family that postponed the burial to allow the former Premier pay his final respects to the mother of a fallen Kenyan patriot.