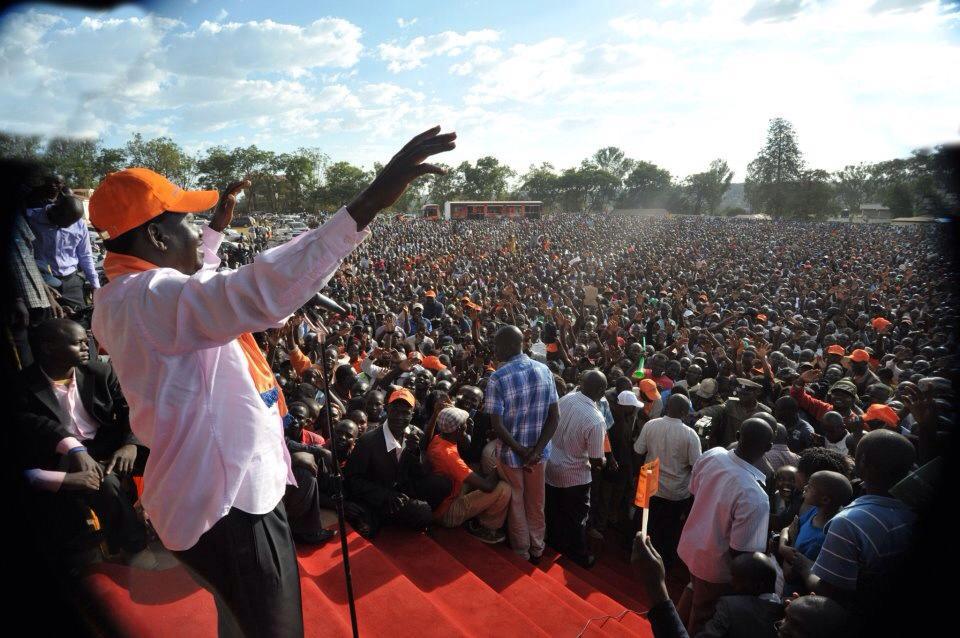 Prime Minister Raila Odinga was forced to calm a section of the crowd that tried to stop Immigration Minister Hon Otieno Kajwang from addressing a rally in Homabay County.Â  Hon Kajwang is the ODM Senate candidate for Homabay county.

The section of the crowd is believed to be allied to Kajwang’s rivals in the senate race and were impatient to listen to Kajwang and instead demanded to hear Prime Minister.

Hon Kajwang is yet to reconcile with his competitors in the recently concluded ODM nominations, some losers in the nominations have since defected to CORD allied parties.

The stadium was packed to capacity and a great reception for Mr Odinga who in his tour of Nyanza aimed to calm tempers from the just concluded ODM nominations.