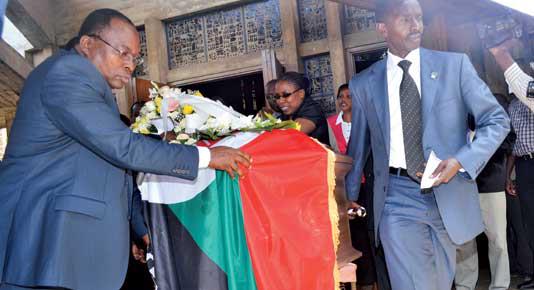 DRAMA AT OKUTA’S FUNERAL-the widow refers to Raila as His Excellency the President of Kenya.asked to recognize UK but ignores

Raila on his part was very conciliatory as he acknowledged the family first then Uhuru and even went further to refer to him as “my brother”.

The Kenya National Union of Teacherâ€™s (Knut) secretary-general died a fortnight ago. He was 61.

Mr Okutaâ€™s family members including his widows and children eulogised him as a great husband and father who worked tirelessly to ensure they lived comfortably.

Knut national chairman Wilson Sossion also eulogised Mr Okuta as a great man who worked to the benefit of the teachersâ€™ union.