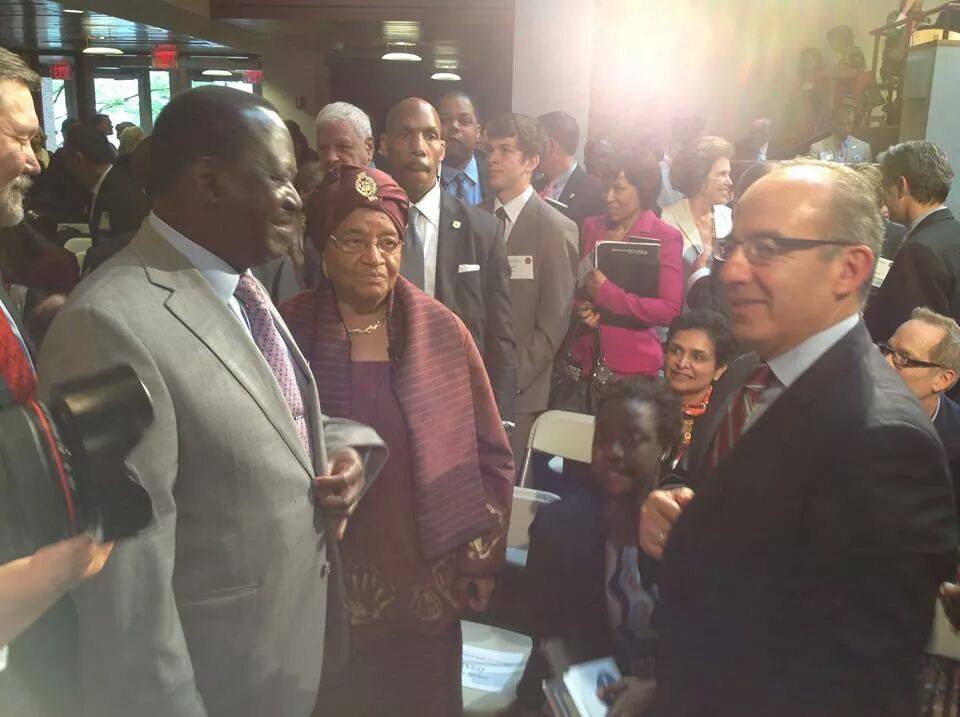 The man they claim is doing what in Boston is actually meeting other world leaders and comparing notes. We may not always like some people but for their contribution, I think it is decent to let them be and live. This world is so big. There is room for everyone. Here, Raila Odinga is seen lively with Liberia President Ellen Johnson Sirleaf and former President Felipe Calderon of Mexico at Harvard University.

The truth is that just like the Westgate attack Kenyans are NOT sure who is behind the grenade attacks, the Western countries USA, Britain and France shared intelligence on impending attack by Alshabaab and from the look of things Police did a super job as there was no major attack yet at the Coast.

Question is; is there another terror squard other than Alshabaab operating within our borders?

When a person close to the presidency blogs that terror attacks are coordinated from Boston then it makes it clear where this country is heading.

We only hope that H.E Uhuru Kenyatta will take decisive action and get us the peace and security we deserve.