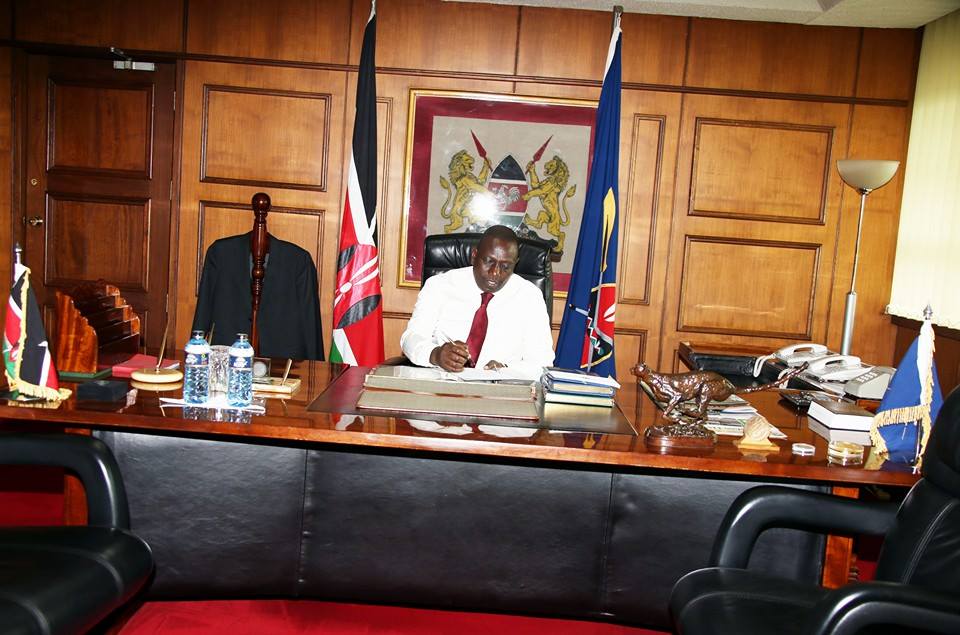 Are you also part of the gullible Kenyans? Don’t allow yourself to join the gullible section of our community.

We, a section of Kenyans associated with REFORMS, fought for constitutional amendment. We succeeded.

One of the changes we made was about the position of Deputy President. As most of you are aware, the position of the vice president under the old constitution was a mere flower girl. The holder did not have any executive power and actually served under the discretion of the President. Those who are not gullible will remember how dictator Daniel Toroitich arap Moi once subjected the country to almost 9 months without the vice president.

Due to such mistreatment, the pro reforms crusaders headed by none other than Raila Odinga agitated for the empowering of the VP and came up with the idea of Deputy President.

One of the most important proposal was the provision which explicitly allow the Deputy President to act as the President anytime the president is out of the country. This is what the Constitution say.

However, since coming to power, the Mt Kenya mafia has never allowed DP Ruto to act as the president.

Just recently, President UHURU KENYATTA visited the USA for over 1 week and we know who acted as the president. We are also aware that DP Ruto complained bitterly about the fact that he was not handed the instruments of power then.

I, therefore, conclude that yesterday’s action by the president to PUBLICLY hand over POWER to William Ruto was a PR exercise, meant to massage the egos of the DP and her supporters.

Lee Makwiny is a patriotic Kenyan, an agent of reform and a conduit for truth