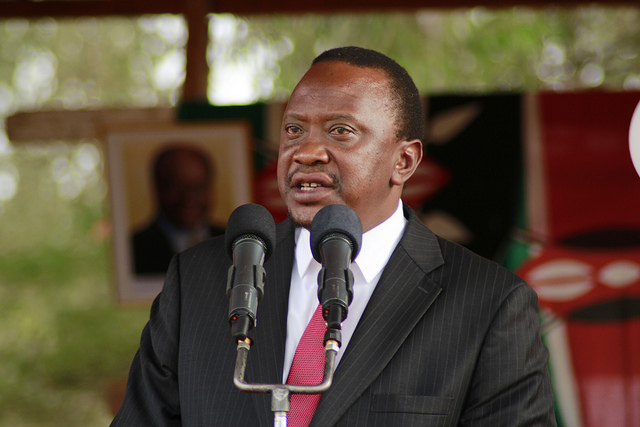 RE: YOU HAVE DISAPPOINTED ME

Mr. President Sir, allow me to address this open missive to you. It may not, however, begin normally to you as it is not a brook of water in a solemn fountain but your endurance as the river roves down the hills will water land with water of harmony and make a great man for our leadership. I beg to continue.

As a Kenyan who chose to build faith in your leadership, I feel betrayed and my conscience is ill. You are not the President I would wish to talk of. You are not the one I will be willing to talk for. You are a let down on myriad fronts.

Though you â€˜wonâ€™ presidency a year ago, and may stay in power beyond one term, you hastily attract heavy clouds of infamy in the national landscape. This is not because you exert an introvert style of leadership but because you thrive in ostracized actions that leave the rest of the nation bemused. The peopleâ€™s spirits are diminished with every setting the sun. Majority of Kenyans ask: what informs the president of Kenya, really?!

In a lapse of period since you took power, there have not only been rises in insecurity but also free scale of conceited tribalism, corruption and standards of living. Kenyansâ€™ lives are washed away by torrents of instigated deaths as the president makes either incoherent declarations of war on terror (and crimes against humanity) or claims of political liabilities that are never definite. As the nation ails to her death you, recurrently, talk as though you take the nation for a ride. You do not act or show will to act.

It began, in earnest, with regular Kakamega County brutal night attacks of innocent western Kenyans. It has spread across the landscape to eradication of innocent citizens on the coastal shores of Lamu County. It is systematic. If clans are not slaying one another, people of hostile communities massacre, and religious bandits execute, one another. It is â€˜sanctionedâ€™ in Kenya. It is volatile however sporadic! No one is secure. No one is sure; not even persons under stringent security surveillance like you are. You just acquired armored cars for some degree of safety! What are your priorities as a leader of people of Kenya?!

Just the other day you shelved schedule flight to Lamu where locals attacked Kikuyus whom your father settled in the area in 1970s; have you ceased to be their kin?! Did they not vote for you in the last elections?! Why did you play politics with their plights while you clearly knew their attackers?! Why did you marshal and beef up security for Raila Odingaâ€™s opposition rallies at the expense of sovereign people of Kenya in Lamu, Baringo and Tana River?! Or is it because they are just too ordinary to â€˜enjoyâ€™ police security reserved for persons of class?! Really, do Railaâ€™s rallies in any town deserve 200000 police guards?!

My friends always tell me not to blame you. They tell me to blame people round about you. They tell me to blame your advisers. They call them blind and insensitive. They say they make you less sensible; that they manipulate you and that you follow them with fear and trembling. That they hold you on their hands and that they sway you about like a pendulum. I wonder how true these claims are but you seem not to make independent resolutions. A leader who makes resolute assessments reliably attracts peopleâ€™s approbation, for it is in that wisdom that national stability is established.

And if I may ask you, Mr. President; how does it profit you when you refuse to hold talks with Kenyan leaders in opposition?! Or who do you want to please by reneging on your earlier public resolve to dialogue with Kenyan leaders on ways forward pertaining to matters of national concern?! If one of those persons is your deputy, William Samoei arap Ruto, then you are utterly misguided. That same man denied you open chances of building massive force of team from Kenyans behind Kalonzo Musyoka, Musalia Mudavadi, etceteras who had resolved to team up with you without conditions. Ruto is one man who fears that if other Kenyans re-join you they may become helpful; more appealing to work with; and that he may lose out in the long run. He is always scared, always fighting! In fact, he likes it when you remain hanging at his mercy; when he makes it appear he holds you into power.

My friends tell me that he works to engage you in propagating tribalism. That is not what Kenyans want to see in your leadership. Kenyans, including the opposition, want to join hands with you and help you tackle challenges that bog the nation. That is the truth you should believe in. Empowering tribal dominance does not make the nation get any better. Hardliner politicking is not the material that makes a successful leader. It lets him down. Try engaging other Kenyans in opinion-making and see if you will remain in the tray of a struggler. You will enjoy it as Kenyans thrive. Simple acumen tells me that this is the truth.

I hope these wordings find you strong, Sir. They should not go into waste.

Thank you for your time and may God help you are you make a choice that will make the nation happy.