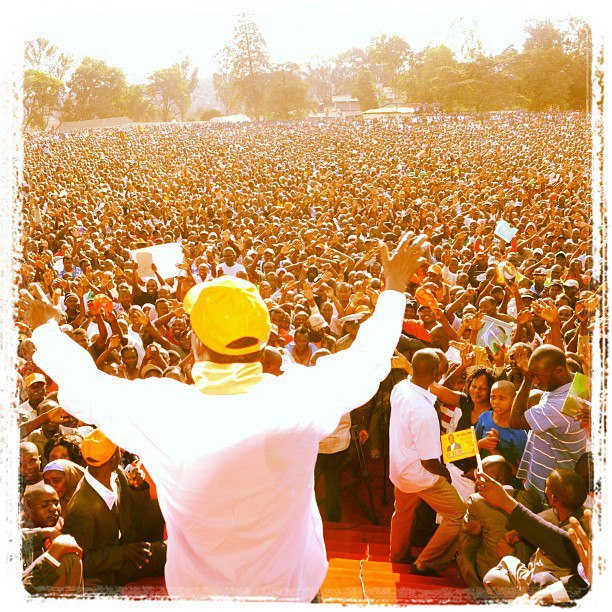 Princeton university professor of politics, Jan-Werner Mueller, recently posed a critical question on the future of populist politics after the election of Chavez successor, NicolÃ¡s Maduro, in Venezuela. Can populism thrive without a genuinely popular, charismatic leader, or are movements like ChÃ¡vismo doomed to fade into insignificance once they have lost their quasi-deities?

Letâ€™s pluck this question from Venezuela and rephrase it here at home: What are the implications of Muellerâ€™s question on the future of politics in Kenya? For two decades, Kenyans have enjoyed, and abused in equal measure, the privilege to form and join political parties.

After repeal of section 2(A) of the former constitution, plural politics returned to the people. The initial â€˜fearâ€™ of President Moi then was that multiparty democracy would plunge Kenya into runaway tribalism. As to whether Kenya was better off with one party under him is a conversation for the future. However, we did enter multipartism. Throughout our political experiment as an independent nation, there has been popular politicking by an individual, a party, or a coalition of parties.

By definition, populism, a grey area in the discipline of political science, can be said to be any political formation which â€˜panders to the masses, by offering simplistic policy solutionsâ€™. It is playing politics in the ideal sense. The contemporary Kenyan political dictum can safely describe it as â€˜massaging the massesâ€™.

In the Kenyan context, no politician exemplifies the ideals of this plurality than Raila Odinga. While Jaramogi is fondly referred to as the â€˜doyen of opposition politics in Kenyaâ€™, the younger Odinga sure fits the description of â€˜father of popular politicsâ€™. He is, to paraphrase Mueller, â€œgenuinely popular, charismatic and a quasi-deityâ€.

In a decade where every political toddler is as ambitious as Eugene Wamalwa, with the propensity to â€˜speakâ€™ on behalf of a â€˜communityâ€™; however disunited or diminutive that community is; Raila Odinga, despite no current opinion polls, is still the most popular political leader in Sub-Saharan Africa.

This popularity is centrally the result of a long era of political populism, which is not necessarily the same thing as opposition politics. For decades, Odinga projected himself as an anti-establishment leader whom, given the reins of power, would â€˜radicallyâ€™ redistribute the national cake to the â€˜massesâ€™ who felt neglected by the politics of the day.

How then do we describe populism, safely, from opposition politics? One of the defining features of populism is the idea of â€˜pandering to the massesâ€™. Within the masses is a â€˜publicâ€™ which each political leader has to reify. Essentially, the â€˜massesâ€™ is a political abstraction. It may or may not exist. In Kenya, it is the public within the masses which counts.

Populism thrives when disproportionately higher members of a society feel genuinely excluded. The populist leader provides a kind of psychological solution (that things will be better) to a political problem (that those in power do not care about our well-being). Populist leaders provide moral voters with political identities.

They make voters identify with the disempowering results of oppression, exclusion, exploitation and corruption of the ruling elite. While this may be true in other regions, it has failed in Kenya, thanks to ethnicity. The elites in leadership, being ethnic bigots, easily hoodwink the masses they ravage.

The danger with populism is that it has no absolute monopoly over the masses where ethnicity is stronger than the combined cast of poverty, exploitation, corruption, and oppression. Again, on these issues, even the bourgeoisie elites, the mutilator of the common sense of the masses, can lay claim to. This explains why both the manifestoes and pledges of the March 4 political protagonists had the same freebies for the masses.

In the Kenyan context, populism has thrived due to the twin issues of economic and social injustices, commonly referred to as â€˜historical injusticesâ€™. When Odinga was denied the pedestal to enumerate on these issues, he lost the ground to â€˜pander to the massesâ€™, yet populism cannot thrive without this pandering! Checkmate?

The other danger with populism is the unquestioningly righteous leader. The divine leader. A lot has been said, for instance, on the shambolic ODM nominations. A lot continue to be said of the mediocrity with which Orange House conducted the affairs of the last campaigns. Yet, despite all these clatter; no one really has the temerity to tell Odinga that ODM must be reengineered.

When I saw the list of those engaged in the latest PR of picking a new Executive Director for the ODM party, it just confirms one failing of populism: the idea that because the leader holds the â€˜authentic will of the peopleâ€™, thus must not be subjected to any checks. I still maintain that heads should roll in ODM, otherwise, the â€˜aggrieved majorityâ€™ will turn their anger on the popular leader, as it already happened in Nyanza during nominations.

Finally, on the question of whether popular leaders can nurture dissidence, this again is an absolute no! Prof Mueller puts it thus, â€œPopulists can live with representative democracy; what they cannot accept is political pluralism and the notion of legitimate oppositionâ€. Does this explain the phenomenon of Odinga stranglehold on Nyanza? And the emerging Uhuruto power bloc?

Can populism thrive without a genuinely popular leader?