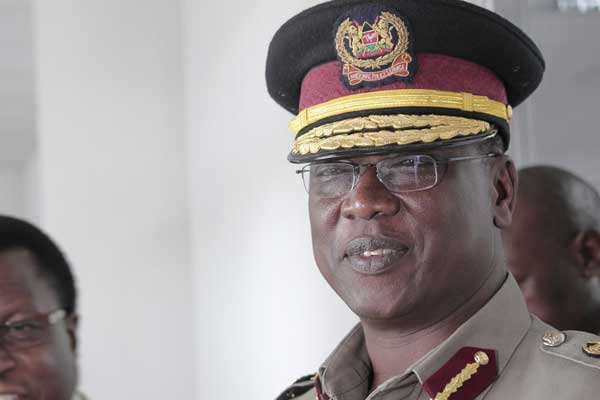 By Collins via Facebook
I’m not Mutahi Ngunyi, but I can summarise our security problem into one sentence; The desire of the Kikuyu aristocracy to dismantle the Kalenjin security apparatus.

In 2003, Kibaki took over the presidency but remained beholden to the Kalenjin military machine. The waking nightmare of the Kikuyu leadership was that they could wake up one day and find the Kalenjin Generals had run them out of town. So they started sacking Kalenjin top officers. But Moi had Kalenjinised the security services in a way that it would need at least 20 years to wipe out their influence. Murungaru attempted to bully the generals, but someone seemed to have whispered to him to go slow or else….

Come 2007 and Kalenjin warriors went for Kikuyus in the RV. Kikuyu peasants couldn’t understand why they had the presidency, yet they were being slaughtered. But if Kibaki would have ordered massive force against the Kalenjins, the powerful Kalenjin military machine would have sent Kibaki packing! So the Kikuyu accepted defeat and quietly went to live in IDP camps.

But under Karangi, it seems the need to neutralise the Kalenjin in the security services and replace them with Kikuyus has become almost an obsessive emergency. Trouble is, while these two sides compete, they will hold back intelligence from each other, sabotage each other, fight each other….and the rest of us will be collateral damage. Kimaiyo had to go.

Kimaiyo is an Israeli trained commando who once commanded the Presidential Escort, and rose to become one of the finest cops in the land. There is no way he became incompetent overnight. He was set up to fail. Sort of telling the Kalenjin “tuliwapatia mkashindwa”. This is all about dismantling the Kalenjin security networks once and for all, so that warriors will never rise again should royalty decide to stay East of Nakuru.

I don’t buy the Alshabab angle. And I’m not Mutahi Ngunyi. But it’s not my business anyway. My president lives in State House Opoda, and he only takes selfies with his friends Justice and Freedom.