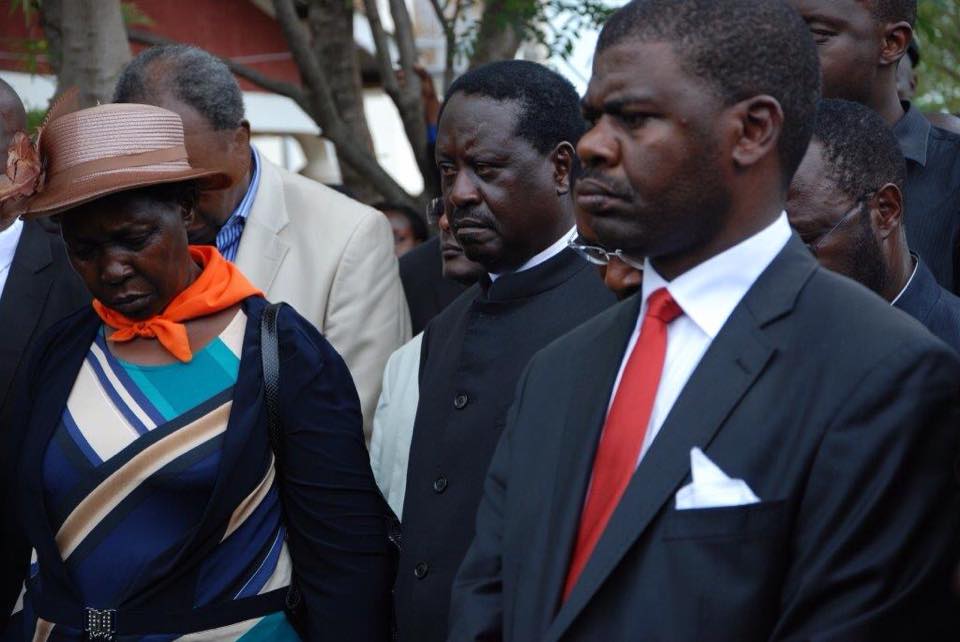 By Sospeter Otieno
WAS KAJWANG’ MURDERED? Let me take you through the facts gathered from experienced cardiologists and emergency Doctors that will leave no doubt that Kajwang’ didn’t die of natural causes as we have been made to believe.

And its not difficult to prove whether a heart attack occurred or not, because heart muscles are very specific, and its breakdown products can easily be found in the bloodstream if there’s a heart attack. Which makes it the easiest thing to prove or disprove.

BLOOD SAMPLE:The first thing the Emergency Doctors did when Kajwang’ arrived at the hospital was to draw blood, which they sent to the Lab. And so looking at Kajwang’s Lab results, doctors I showed those Lab results highly doubt whether Kajwang’ died of a heart attack, or an Acute Coronary Syndrome as those experts are calling it.

CHEST PAIN: They say that the stomach is so close to the chest and pain in the stomach can mimic a chest pain. Now this is consistent with what the Chief Government Pathologist said, that his stomach walls were corroded. Which essentially means he had a major painful ulcer going on. That’s what’s being falsely described as “chest pain”. And that corrosion (in his stomach walls) that the Chief Government pathologist, could be because he ingested something put in a drink, and which caused the corrosion( and maybe plus the death).

TROPONIN: This according to my Cardiologist sources, is a substance whose levels rises when the heart muscle is broken down. When this is high, you know a heart attack is cooking, without a doubt. It comes from nowhere else other than the heart muscle.

KAJWANG’ TROPONIN WAS SUPERNORMAL, RULING OUT A HEART ATTACK; Now the Lab results available to me from a confidential source show that Kajwang’ Troponin Level(which rises during a heart attack, and which my resources call cardiac markers, was <0.015), which is super-normal, ruling out a heart attack. There cannot be any other conclusion other than that Kajwang did not die of heart attack. Which makes murder a more plausible theory and the HEART ATTACK THEORY DEAD ON ARRIVAL, AND BACKED BY SCIENTIFIC FACTS. Kajwang's killers can be found if we can audit what and where Kajwang ate or drank something. And may be the results from South Africa can shed more light, if done independently. And knowing what corroded his stomach walls just before he died is key.
FRACTURED RIBS/STERNUM: was definitely due to CPR(Cardiopulmonary Resucitation) while they were trying to revive him. It involves pushing on the chest to maintain blood supply to the heart). Below is click HERE to view how its done, and you will see the rib/sternum breaking had nothing to do with the accident, but rather that his death was the work of assassins who are the agents who executed a murder most foul..