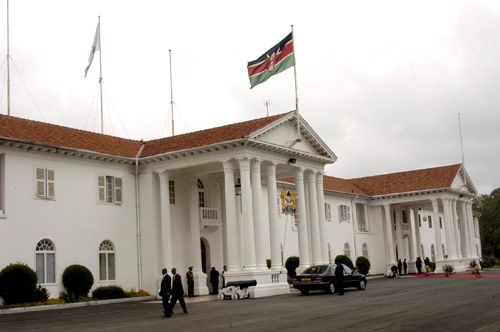 Apparently, the outcome of the forthcoming general elections in Kenya may hinge on a single, ostensibly harmless word: INTEGRITY. Many a candidate may find their aspirations for higher office snuffed by its interpretation.

The recent visit by Hon. Kofi Annan has thrust the manufactured controversy of integrity back to the front-burner of public discourse. However, few serious observers believe that we should be debating this matter and must wonder if it is an unnecessary side-show, distracting us from matters truly of national importance.

From the outset, we are neither broaching matters currently pending before the court, nor attempting to pre-determine any issues raised at bar. This commentary has no bearing on the specific facts or parties involved in the litigation.

Though there is an understandable dearth of judicial precedent on the issue (the Constitution of Kenya, 2010 is relatively young), we argue that the matter is neither complicated nor controversial. Only a cursory look at a recent decision by the High Court and how other jurisdictions have handled the issue provide some guidance. The cardinal question is: what are the outer limits of the integrity requirement under Chapter Six of the Constitution?

Neither the Constitution nor the Leadership and Integrity Act (â€œthe Actâ€) defines Â integrity in precise terms or at all. Â Section 73 (1)(a) of the Constitution provides among others that State officers have been assigned a public trust to be exercised in a manner thatâ€” (i) is consistent with the purposes and objects of this Constitution; (ii) demonstrates respect for the people; (iii) brings honour to the nation and dignity to the office; and (iv) promotes public confidence in the integrity of the office.

According to Blackâ€™s Law Dictionary, â€œAs occasionally used in statutes prescribing the qualifications of public officers, trustees, etc., this term (Integrity) means soundness of moral principle and character, as shown by one person dealing with others in the making and performance of contracts, and fidelity and honesty in the discharge of trusts; it is synonymous with â€œprobity,â€ â€œhonesty,â€ and â€œuprightness.â€

By adopting the Constitution with the above language, Kenyans decreed that those whose conduct does not bring honor, public confidence and integrity have no place in the management of public affairs. Perhaps for good reason, the law does not enumerate the prohibited conduct, lest the creative amongst us find ways around it. Kenyans clearly intended to only entrust the management of public affairs and resources to men and women of good character, probity and uprightness.

Letâ€™s all face it: if you are a suspect of crimes against humanity, mass rape, forcible transfer of populations, misuse of CDF funds, practiced tribalism or nepotism, been implicated in theft of public land or misappropriated public resources, you may lack the â€œintegrityâ€ to seek and hold, any State office, much less Presidency of Kenya. This all would seem obvious, until one looks at the simmering controversy over which presidential aspirants may be barred from the ballot come next March.

Our contention here is that the constitutional requirement of â€œintegrityâ€ is already well settled, despite its novelty in the Kenyan legal landscape. This conclusion is borne out by a couple of pertinent observations. First, words must be read to carry their usual and ordinary meaning: even going by its plain meaning, there is hardly doubt as to its meaning and intent. According to Meriam Webster Dictionary, integrity refers to: firmÂ adherenceÂ to a code of especially moral or artistic values (incorruptibility)

an unimpaired condition (soundness) the quality or state of being complete or undivided (completeness). It appears therefore, that the legal definition and the laymanâ€™s understanding of â€œintegrityâ€ are in close agreement.

Like kindred terms, â€œintegrityâ€ may defy precise definition but reasonable people can readily see its absence. For example, while we can rationally debate the precise definition of â€œdemocracyâ€ few disagree about what undemocratic regimes look like. In other words, it may be easier to identify those who lack integrity for purposes of Chapter Six of the Constitution than to precisely define the term.

Second, the High Court has spoken rather eloquently on the issue in the â€œMatemuâ€ case. (Trusted Society of Human Rights Alliance v. A.G. & 2 Others). Though each case inevitably stands on its unique facts and circumstances, the decision was the strongest indication yet that the Court is alive to the constitutional needs and aspirations of the ultimate Sovereign- the Kenyan people, According to the learned judges:

â€œKenyans were very clear in their intentions when they entrenched Chapter Sixâ€¦ in the Constitutionâ€¦.Kenyans were singularly desirous of cleaning up our politics and governance structures by insisting on high standards of personal integrity among those seeking to govern us or hold public officeâ€¦. The people of Kenya did not intend that these provisions on integrity and suitability for public offices be merely suggestions, superfluous or ornamental; they did not intend to include these provisions as lofty aspirationsâ€¦. In short, the people of Kenya intended that the provisions on integrity of our leaders and public officers will be enforced and implemented.â€

Then the Court pronounced this bold constitutional standard:

â€œTo our mind, therefore, a person is said to lack integrity when there are serious unresolved questions about his honesty, financial probity, scrupulousness, fairness, reputation, soundness of his moral judgment or his commitment to the national values enumerated in the Constitution. In our view, for purposes of the integrity test in our Constitution, there is no requirement that the behavior, attribute or conduct in question has to rise to the threshold of criminality. (emphasis added).

Translation: unresolved questions on a candidateâ€™s character suffice to impugn their integrity, rendering them ineligible to seek or hold public office. The Court no criminal conviction or conclusion of proceedings were necessary for such a finding. Presumably, the Court is cognizant of the high standard of proof (beyond a reasonable doubt) required for a conviction. The Court here seems to formulate a lower threshold for integrity under Chapter Six. This is a critical distinction because some have argued that unless one is found guilty at the end of criminal proceedings, their integrity remains intact. In the Matemu case, the High Court clearly disagrees

Given the test above, it is hard to fathom how any candidate weighed down by unresolved allegations of corruption; confirmed charges for crimes under international law; credible accusations of tribalism/nepotism or misappropriation of public funds or similarly dishonorable conduct passes constitutional muster.Â  The Matemu decision sets this bar quite high.

Finally, Kenyans are hardly alone in wrestling with the twin-issues of integrity and public service. For example in the United States, integrity issues have variously cropped up with far-reaching implications.Â  In 1974, President Richard Nixon was forced to resign from office over the Watergate Scandal. More recently, President Clintonâ€™s presidency was nearly brought down by the Monica Lewinsky affair.Â  Former Illinois Governor Rob Blagojevich is currently serving 14 years in prison for corruption and abuse of office. An otherwise stellar political career of former Senator and vice-presidential nominee John Edwards crashed for fathering a child out of wedlock while his late wife battled (and eventually succumbed to) cancer. Â The list is endless.

The raging controversy over integrity is exaggerated and phony.Â  Were it not for the high political stakes, all Kenyans would agree as to the meaning and intent of the constitutional requirement as contained in Chapter Six.Â  Even if the precise definition of integrity were unavailable (which is not), discerning the lack of integrity is no rocket science. One would think that with a new constitutional dispensation and the Matemu decision, the matter would be put to rest. Â But again, in Kenya everything (including the seemingly obvious ones) is subject to endless bickering, negotiation or compromise.

* The author is an attorney at law in the States of Minnesota and New York and an Advocate of the High Court of Kenya.