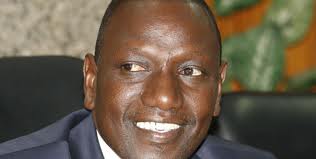 When the Eldoret North MP William S. Ruto hinted that he would join Uhuru M. Kenyattaâ€™s bid for presidency come 2013 as a test for Kenyansâ€™ sympathy for their predicaments at the International Criminals Court at The Hague in Holland, he would sound desperate for the sympathy while in other sense his head stayed lifted up in confidence of future due to available options. To one who has open options dangling overhead, the future is as bright as a cloudless morning and if there are meteorological rains, they shall fall at a safe time for yields that will bring smiles on to the faces of the people. That does not bar sympathizers from sympathizing; it is a human right to do it.

There have been words that Raila A. Odinga, in past talks of alliance with Ruto, promised to help him with the ICC pile of bad omen. That could be or not be true; but if it ever really featured, it was one of the good contents in the talks. Raila can, especially if he becomes the President in March, 2013, exploit legal paths that bring the court to do the cases here in Kenya. That is the simplest way Raila can quench his thirst to unite the nation without really calling meetings and rallies.

In his manner of leadership, Raila may effectively exploit the excellent spirit and skill Justice Willy Mutunga has instilled in the judicial system and seek fresh justice for the people of the nation from the ICC by establishing a court to try Kenyans herein. That is something only Raila (and not Kibaki) can do as a President. He will be the first one; in fact, the only â€˜Presidentâ€™ to storm the court with a prayer: â€œPlease, let justice for the people of Kenya be done in Kenya!â€ He will say if with passion; in accordance with the spirit of the law and the court will listen to him; not as Raila but as the President of the Sovereign land of Kenya.

Kenya is among 121 member states of the ICC. She acceded to the Rome Statue on 15th March, 2005 and the ratification came to force on 1st June 2005. She has equal rights like all the rest including the right to seek for justice for her citizens in the land. That is bolstered by positive changes in most of her institutions as occasioned by implementation of the New Constitution. Raila appears to hold the mantle of spirit and the letter of the process.

Now, if Raila ever promised Ruto help with The Hague, he never meant only one person but the four suspects including Uhuru, Joshua Arap Sang and Francis Kirimi Muthaura. His action will save the Kenyans the daunting pain of traveling for justice in a land farthest from the country where friends and relatives cannot easily access them. That does not mean he will do any case for them; no, it will only conveniently bring justice within their comfortable reach like all accused persons of our system. That is better than all promises Ruto ever had anywhere in respect with the cases. It gives long lasting peace to his mind; and when justice is done and he is acquitted, he stands every chance to everlasting peace and freedom to purse his ambitions. It is more logically and legally tenable than any political option may do.

Against Railaâ€™s option is the Uhuruâ€™s political arithmetic from where Ruto forms his message with which he promises a â€œreferendumâ€ for or against the ICC. In their joint approach, he says, they will go around the country, especially to his Kalenjin community, and promote: â€œVote for us, vote against the ICC!â€ That sounds psychological. It sounds like Kenyans, especially the Kalenjins, have nothing more to seek for in leadership except those who will resist the ICC as President and Deputy President! That is desperate if not empty. ICC knows no welfare of single Kenyan.

As a President, Uhuru can resist the ICC arrests of Kenyans who will dishonor summons to the court but, for how long will this be?! After Uhuruâ€™s exit (which is unpredictable), Ruto may come in (especially if Kenyans do not force the pact out like it happened to Hosni Mubarak of Egypt) but again, for how long will it last?! Such a rebellious approach of leadership is not what one can tout as a choice. Leadership is never measured by what you can unite to do against the ICC but what aptitude you apply to gain a lasting measure to challenges that face the population.

In case Ruto takes the route of supporting Uhuru for insulation against the ICC at the expense of the people, especially the Kalenjins, he must be sure to live the rest of his life as either a slave or a double agent; a man in a black market mask. He should not hope that he will lead himself out of it, whether as a dissident or an antagonist. No one will listen to him as his message comes out clearly in earnest today ding dong of a night bell. He struggles to explain how he wishes to unite people of the nation who, according to his tones, are his and Uhuruâ€™s communities. Yes, what comes next after he is through with it?! The message lends credential to rumours that preceded his Kalenjin sister, Sally Kosgei’s plea that he considers the peopleâ€™s interests against self. It is streets talk that Ruto enjoys attractive packages from Uhuru for the support. It may be true or false but it shows that what he does veritably raises question marks.

Using the ICC to sell a wrong fruit to the people may not be the right thing to do. If Ruto sickly fears the ICC, as he has opted to portray, let him consider the lasting route. The President of Kenya has the ability to lead the nation into seeking ICC to be established in Kenya. It is the right one. Kibaki has refused to do it. Uhuru cannot do it for obvious reasons. Raila can do it. It looks long but right. Shortcut may be quite regrettable. Best wishes.