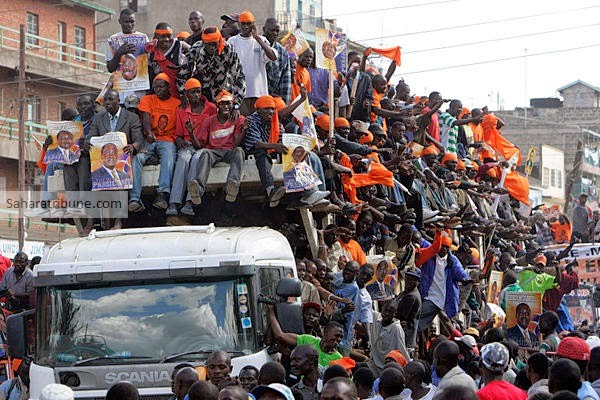 A referendum is almost equal to a general election and to be opted to achieve really something great for the future of the country but not for some selective issues which even after winning, offers no concrete solutions.
Having tried and experienced the problems generated by haphazardly written Kenyan Constitution now it is time to rethink about a proper one through an all-inclusive Bomas II. Debate on all shortcomings agree and then go for a referendum before next general election.

Is Presidential type of democracy suits Kenya only for the whole nation to fear about elections every five years? Can this country with 42 tribes ever achieve unity in diversity without a parliamentary type of democracy? One Presidency to grab by all major tribes at all the times.

Do Kenya really need 47 counties with such a massive wage bill? If US a world economic giant with 320 million population has 50 governors, a small country with 40 million population can sustain 47 governors? Canâ€™t it be governed by 8 Sates (former provinces) by having clearly defined roles of National and State Governments (Like in India).

Devolution of Security functions. National Defence (Army, Air force & Navy) centralised and Police functions (Internal Security) devolved. But to do it in the current set up of 47 county governments to have 47 police departments shall not be practical and ridiculous.

Appointment of Cabinet Secretaries from outside elected members of parliament need to be re-considered. You have Permanent Secretaries from bureaucracy. Ministers to be appointed from elected members of parliament so that they shall be sensitive to public expectations. Governance of a democratic country is not just a technocrat job and an economic issue alone.

It requires socio economic implications of every action or decision by the respective ministry. Appointees of executive are insensitive to the popular will and do not need the electorate and their actions shall create anti-incumbency towards the ruling party.
Democracy means â€œof the people, by the people and for the peopleâ€. Regimes which ignore this are bound to fail one day or the other.

MPs and other elected leadersâ€™ salaries and perks which seem to be highest in the continent for a poor country to pay (our per capita income is still less than $1000 and we are poor) must be addressed and their liberty to raise their own salaries once elected must be addressed in a constitutional amendment.

Education qualifications for peoplesâ€™ representatives is against principles of democracy. Representation is not a job to have a certain qualifications. If people want a person to represent them in the governance with the confidence that he shall serve their interest then he is their leader.

Hence I request all thinkers and well-wishers of Kenya to debate the issue of Parliamentary Democracy as way forward to achieve peaceful and progressive Kenya.